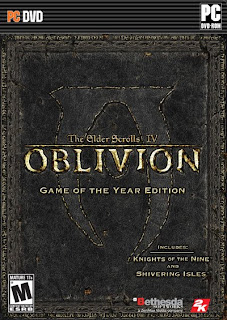 EDIT: Game is now out! Here is a Elder scrolls online digital download price comparison, if yo are looking to buysIn the “not SWTOR” news column a somewhat interesting rumor just surfaced.

It’s been leaked (by the court filings of the case between Interplay and Bethesda over the Fallout MMO Interplay is working on) that Bethesda is working on it’s own “World of Warcraft type MMO””. Now VG247 claims to have been “very reliably informed” that this MMO is in an Elder Scrolls MMO. Combined with earlier rumors that elderscrollsonline.com has been registered by ZeniMax (Bethesda’s parent company) as well as a slip-up stating that the next Elder Scrolls game is set 200 years after Oblivion and it’s looking quite likely to be true.

Apparently the MMO has been in development since late 2006. If we estimate a development cycle of four to five years then that means that this “Elder Scrolls Online” might release around the time that Star Wars: The Old Republic is slated to be released as well. Also KillerGuides.com already has the Elder Scrolls Online guide on preorder in accordanace with the estimated release of the game in Spring 2014

Of course, it’s all just rumors for now. But could be interesting. Oblivion at least always felt like an MMO you happened to be playing alone anyway.