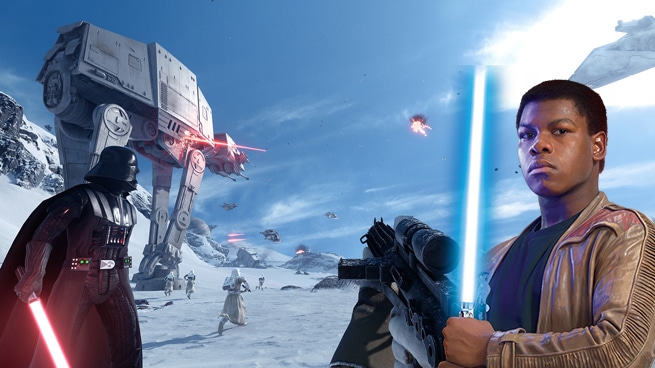 So the actor who plays Finn in the new Star Wars film, John Boyega, wants to see a Star Wars Battlefront story mode. I cannot say that I disagree with that at all actually. As the lead actor tells EA, it gives a more enjoyable way to learn controls”. Again, we have to agree. Boyega says how he has been a fan of the series for years (why are we not surprised) but he definitely makes a valid point into why Electronic Arts should have added a story mode. It’s safe to say that many people who play (or those who are thinking about picking up the game) could benefit from a story mode. Sometimes you just feel like playing single player and again, it’s a good way to give them a feel for the game when just getting started. There would be several benefits to this type of game mode.

It all went down in a Twitter chat that we’re happy to say EA responded to, asking Boyega if he had tried the Missions yet, and Boyega even asked to visit the studio and they said yes. Wow, if only every date was that simple! 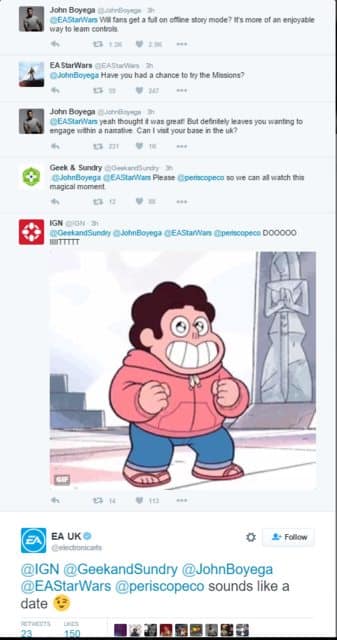 Boyega is not alone in wishing for story mode, as many complained when it was announced this series reboot wouldn’t contain a full single-player campaign. Will we ever see it? Probably not. But who knows, maybe Finn can visit EA and be persuading!