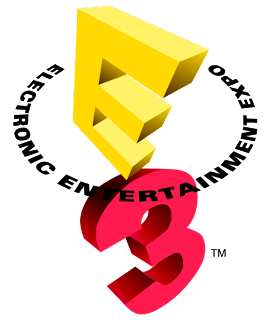 As E3 information continued into a new week, more preview and impressions were out for us to digest. There is just so much info out there that one could spend many hours dissecting it all and determining what is really useful and what is the same old thing we’ve already heard before. Lucky for you, I did the dirty work and reviewed them all for you. Here is a recap of what you can expect from each set of impressions:
Tecca Hands-on- Too much WoW-referencing in this preview for my taste. It’s a really dumbed-down write-up that reads like it was written for people who have never played an MMORPG before. (It has a section titled “an introduction to online role playing games). It doesn’t say a lot about the game itself but keeps making references to WoW and how popular it is and the Star Wars franchise and how popular it is. Really, SWTOR should be nothing like World of Warcraft or BioWare is going to have some pretty ticked off gamers…
MMORPG.com-Here we go; these guys know MMOs and they expect that their readers do as well so you won’t find any explanations as to “What are MMORPGs” here. Instead, they jump right to the meat and potatoes that they know their readers want to hear- what have they learned at E3 about TOR? They go on to recap all the things we’ve already told you about here- digital copies only on Origin, no mounts (at least not at launch) but there will be vehicles, their version of raids called “Operations” and there were sneak peeks at classes, the iconic planet of Tatooine and more. You won’t really find anything new here but it’s a good recap of all the E3 news nonetheless.
Gamerant- This one talks a lot about the storyline and goes on to described their own experiences with the hands-on content at E3. Here’s a snippet:
“It’s hard to go into much detail on the combat, since it truly was intuitive and accessible to anyone who has played any online RPG in recent years. But with BioWare making such heavy promises for the story and drama, the best thing for them to do would keep as much familiar as possible, and it seems they have.”
It never hurts to get a variety of opinions from people who have had that hands-on experience so we suggest checking this one out.
SoftPedia News- This one cuts right past all the stuff we already know about SWTOR and gets straight to the new reveals at E3. It’s a great recap of the things we have learned from E3. It’s a short and to the point recap that will fill you in on anything you missed from E3.
Tom’s Hardware- This is a combination review of the hands-on experience of multiple EA games at E3. A good chunk of the preview is based on TOR but again, nothing we haven’t heard before:
“TOR is classic good versus evil, allowing you to play as an Imperial Sith or as a defender of the Republic. Every decision you make affects how Dark or Light you become, and subsequently that will affect what abilities and quests you can choose later in the game. We spent our playtime as a Level 1 Jedi, so we weren’t quite running around with dual lightsabers yet. The playtime was more to show off the combat system and the game’s HUD/UI, which we found to be very approachable and easy to use.”
Gaming- This one includes the 6-minute video intro revealed at E3 and some other tidbits about the game. It’s nothing we don’t already know but the reviewer shares their opinions and as we said, it’s always nice to get other opinions and view points on the game.
Strategy Informer- This is a great, in-depth walk through of both the level 1 playthrough and the level 28 Sith character playthrough at the hands-on portion of E3. This reveals more about the play experience of the game and gives you more insight into what it will be like to play for yourself.
gamrReview- This is another great preview of the hands-on experience. Find out firsthand what the reviewer thinks of the game, the character, the gameplay, graphics and more.
“I sat down at a computer that put me in the armor of a female Bounty Hunter Powertech, which made me look like Boba Fett with a figure. The heavy weapon they gave the Powertech for this demo was the flamethrower. Accompanying me was a companion. Companions are like pets in many other MMORPG’s except these are humanoid and can be given some direction in battle. My companion was a Jawa named Blitz.”
Venture Beat- Here’s another one that starts about comparing it to World of Warcraft right off the bat. It’s getting a little old really, but at least in this one, they state the opinion that they don’t think TOR is going to be the game to kill WoW. This reviewer played a Sith Marauder on a quest and had good things to say about the game and how it plays. Then it gives us some background we already know (but for those who don’t) and talks about the visual appearance of the game and even throws out a mention to Star Wars Galaxies. It’s worth a read.