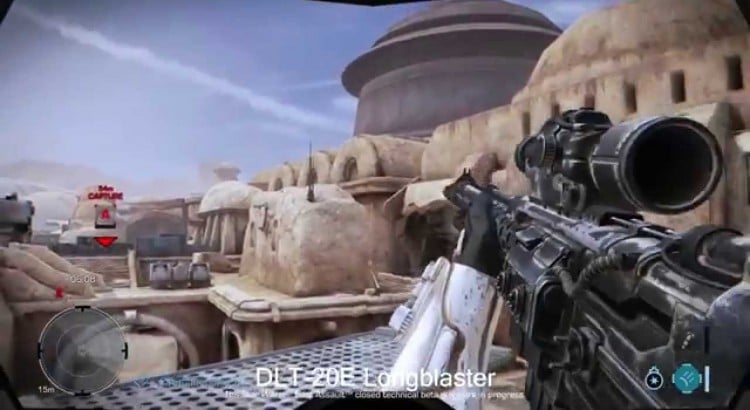 We’ve talked before here about the many cancelled Star Wars games. Between those that have been shut down and those that never made it to production, it’s enough to make a Star Wars fan’s heart break. This is why many of us get so hopeful when a new game is released.

Star Wars First Assault was a FPS that was shut down back in 2012. Now and again we hear rumors about this but for the most part, we assume that any real evidence of this game has gone the way of the dodo. That was until… some footage mysteriously appeared online. Leave it to the Internet to uncover the obscure. An extended gameplay video surfaced earlier this month and shows the multiplayer aspect of the game.

No actual combat is shown but we get a good look at a base in Tatooine, the would-be weapons and a decent look at the depth of the environment and the graphics and gameplay. Sources online say this was a ground zero test to see how well the Unreal engine could hold up to a decent Star Wars shooter game.

So far as we can tell, this is not a public video so it looks like someone from the company leaked it. It’s pretty interesting to look at though. If Star Wars First Assault had not gotten canned, would you have played it?

This was a tech beta ran on Xbox Live a while back before the game was canned. The beta only had this one level and i couldn’t spawn bots or add another player.