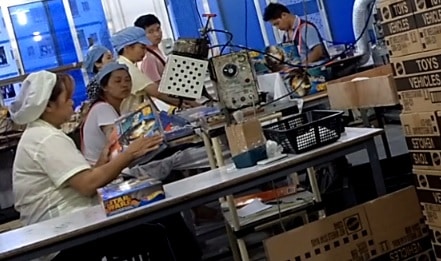 Who doesn’t love Star Wars toys? I have loved them all my life, since as far back as I can remember. Even in my college years and post-college years; after eras of student/community organizing, after reporting in a war torn region, after starting my own business, after living with my lover, deep in the dark forest of adulthood, I still couldn’t resist going to the toy section of any department store chain, just to see what Star Wars was up to. And I wasn’t alone. We have all seen someone from generation X, standing there just to see the Star Wars toys with the occasional child also checking out the magic. 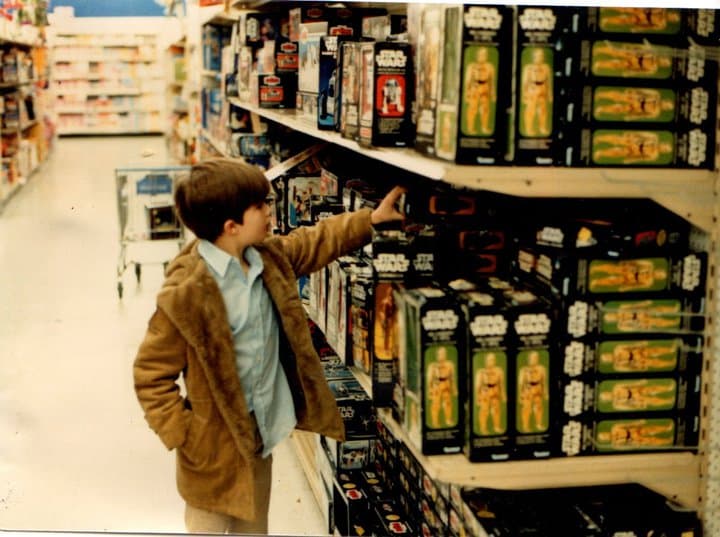 In the mid 90’s and late 90’s I read disturbing accounts of Disney abusing overseas workers and even children to make their products. I never bought those products as presents for family members and friends in fear of supporting a child’s misery. One of the beauty of Star Wars toys, for me, was never hearing about these abuses related to them, being able to enjoy the magic, without the guilt. As far as I know there hasn’t been any report of Star Wars toys being made in abusive work conditions, back when George Lucas was at the helm, being one of the first to push a toy empire based on a movie. As far as we know. 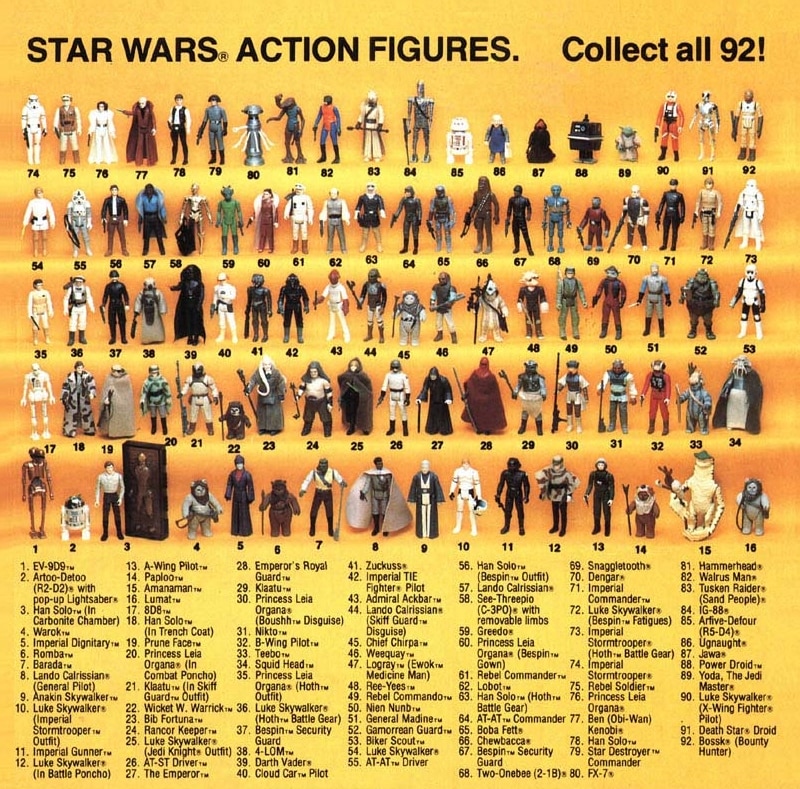 This is a part of our history and the world’s – a sci fi genre subculture spanning continents, touching all of our childhoods. Let’s take an inside look at the magic behind Disney’s and Mattel’s making of today’s Star Wars toys.

On November 20th of 2015, China Labor Watch released a very disturbing and detailed report on labor conditions at five Chinese toy factories implicating numerous toy companies in labor abuse testimonies and findings. You can read the full report here: China Labor Watch: “The Other Side of Fairy Tales”

One of the iconic names among many that moved me to return to write for SWTORStrategies.com (now Star Wars Gaming News) after a two year hiatus was seeing the word “Star Wars” in this report. One of my biggest fears since Disney’s acquisition of the Star Wars franchise back in 2012  was seeing Star Wars toys being made in sweatshop like conditions and even worse, possible child labor, being that Disney’s history was notorious for doing just that. Never even bothering to attempt reparations for all the children and the unspoken adults they abused at overseas factories. My worst fears have now become reality. Though there are reports of underage workers in the CLW report, thankfully there wasn’t any reports of child labor at the factory we’re going to focus on in this article. Yet the work conditions are still abusive and despondent.

China Labor Watch went undercover and investigated numerous factories in China abusing workers for major corporate conglomerates in the United States, like Mattel and Disney. Though the owners will always claim to have never known of these abuses, it always suspiciously benefits them paying for cheap abused overseas labor no matter what they go through rather than these US mega-corporations keeping the jobs in the United States and toys made under better regulations for the safety of the workers, the consumers and the children that play with them.

The Chinese factory we’re going to focus on, where Star Wars toys were discovered being made under deplorable conditions is the Shenzhen Winson Precision Manufacturing factory.

Here are some examples of the abuses found at the Winson. You can read more starting on page 47 of the CLW report.

The unethical work practices start right from the hiring phase. New workers can’t be over 30 years old. Only women under the age of 30 are hired, and only when there are no more young women to hire, do they begin to hire men under the age of 30. It’s not legal to practice age and gender discrimination in China. Under Chinese law, safety training is supposed to be for 24 hours, yet at the Winson, it is only 25 minutes. They are asked to sign numerous forms, many of which take away some of their worker rights (like overtime pay). And then they are asked to take a test, where the answers are given to them before hand to fill in.

Workers fill out a contract for protective measures yet their training isn’t long enough to learn about them. There isn’t enough equipment, not even ear plugs, to go around leaving many workers exposed to “thinners, acetone, adhesive, silicone oil, and loud noise”. These laws are also meant to protect consumers from such toxic materials. By law, workers are required to take a physical exam. Yet none are given. Emergency exits are blocked and frequently used as storage. Fire extinguishers and hydrants are not inspected as should be. 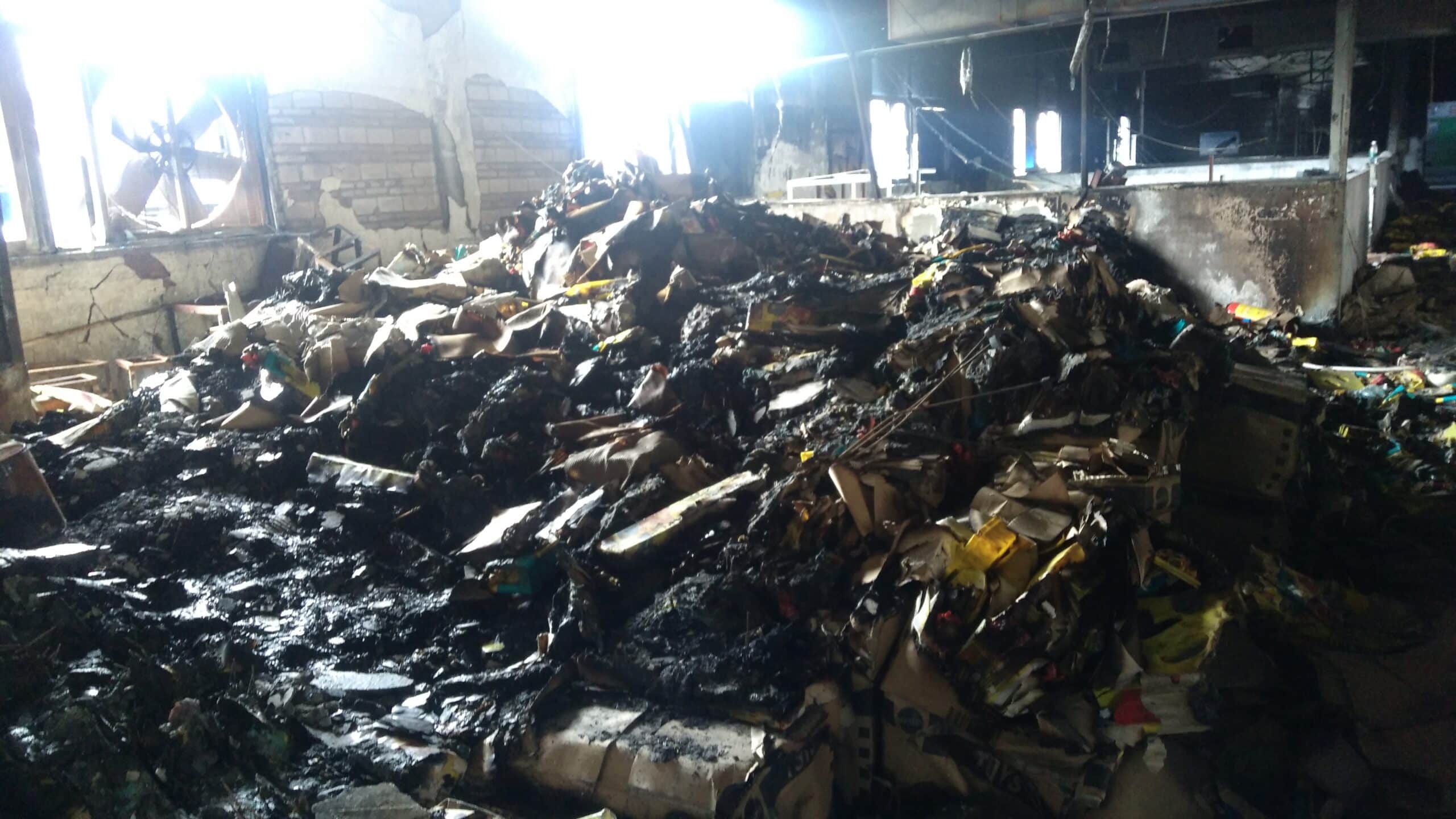 Not surprisingly a fire broke out on May 21st of this year, burning an entire workshop. The toys that didn’t burn were taken away, and no one knows what happened to them. Were they put back in to the market, thrown away, sold to a black market? No one knows, except that they weren’t thrown away with the burned toys and kept hidden from Mattel’s hired inspectors. Mattel themselves came to inspect the fire, so they definitely know about these work conditions, at the very least since May of 2015.

Workers fill out an application that takes away their overtime, in which they are not given enough time to read. They sign to work a minimum of 11-12 hours a day, 6 days a week, agreeing to work overtime without getting all of their overtime pay, not realizing what they signed up for. On off seasons, workers don’t even make minimum wage, with all of the hidden costs, even though they still work all of those hours. When it’s their single day off, they catch up on lost sleep, instead of going out to waste money they don’t have at local internet cafes that cost a significant amount of their hourly pay, per hour – their only entertainment, as the basket ball course is a storage room. A worker may be able to see their family maybe once a year. They unknowingly sign up to pay for their own transportation as they get told which building to work at in the morning or during the day. The buildings are over 9 miles apart! Their insurance is given to them, after the time period under Chinese law, two months later. Workers have to pay for their own insurances and are rushed to sign a form that gives up retirement insurance. Workers can sign up for a pension, taking $23 dollars month from their small checks, which is never refunded when they resign. Resigning isn’t easy either. The factory does what it can to push people to quit without permission, which will cut their pay even more.

Workers also have to pay for their housing on factory grounds. Rooms are small with up to 12 beds, with one closet and one bathroom. Some bathrooms have backed up water on the floors. There is no hot water, and the waste doesn’t go to any sewage system, just into the river! There are no cleaning work crews, and garbage can be seen everywhere. Workers are expected to clean, after the clock, meaning that after an 11-12 hour work shift, they are still working, cleaning. 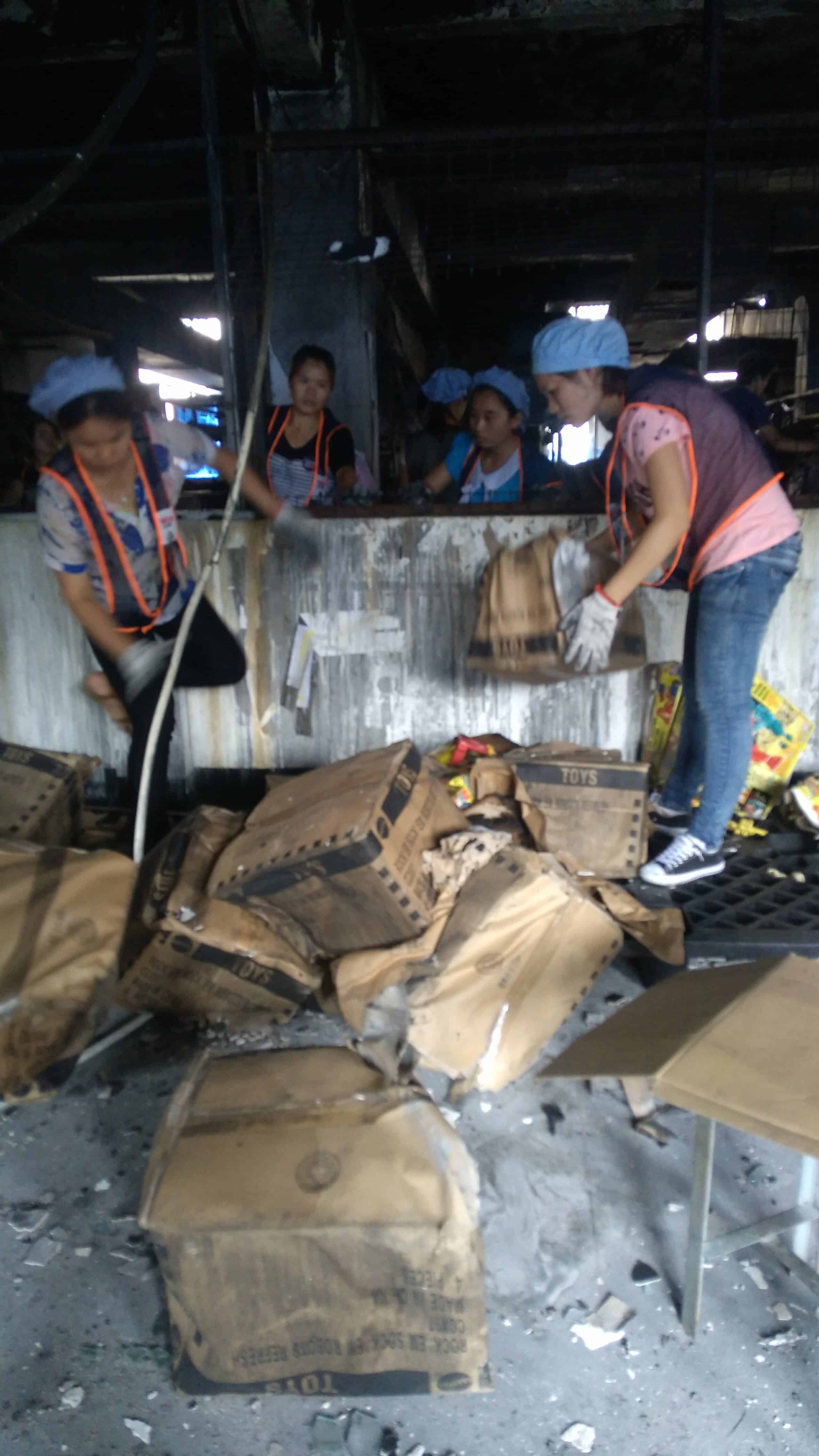 Winson workers clean up after the May fire.

In one building, there are more than 200 female workers, with only three toilets in a single bathroom. They can only use “break time” after 4 or 7 hours to use the bathroom, but there isn’t enough break time to use it. Workers are complaining “that waste can be seen everywhere”. You may want to wash the toys, before you give them to your loved ones.

Here’s a growing Sweatshop Toy List compiled by China Labor Watch, with brief descriptions of the abuses behind producing them and recommended actions to take, taken from their report, “The Otherside of Fairy Tales“.

These toys, we buy and give to family members and friends we love, are being made in this way. And it’s important that everyone knows, so we can hold the companies responsible, maybe even secure the rights of the workers at Winson. These companies like Disney, Mattel, and more desecrating names like Star Wars, Marvel, etc, by taking our jobs away at home only to give them to an overseas factory in the business of treating people like dirt, for less than $2.00 an hour should never be allowed to get away with this.

I knew this would eventually happen, as soon as I heard the news of Disney buying the Star Wars franchise. Many of us did. I don’t know what we have to do. I’m no union leader or an activist (anymore). But I’m not buying a single Star Wars toy this holiday, unless it was made here in the US or a country with real working regulations and protections that are enforced, and that’s only if Disney’s Robert Iger takes action. I expect the same old routine and responses from Disney execs like Robert Iger or Mattel’s Christopher Sinclair denying that they knew via some kind of statement or apology, as they move their business to another unknown overseas factory and wait until its all forgotten to continue to “streamline” their business by abusing workers in another country – just like Disney did to Haitian children in the 1990’s to make their pajamas for 19 cents an hour, some for 7 cents an hour. Children, whom as far as I know never received any restitution from Disney for child abuse, just some empty policy at their website.

It ain’t right. I don’t like to see our Star Wars in this state. Do you?