TheForce.net has come in possession of a leaked photo, of action figures for Star Wars: The Force Awakens. The picture apparently originates in a Chinese forum and features four characters that was seen in the Star Wars trailer. 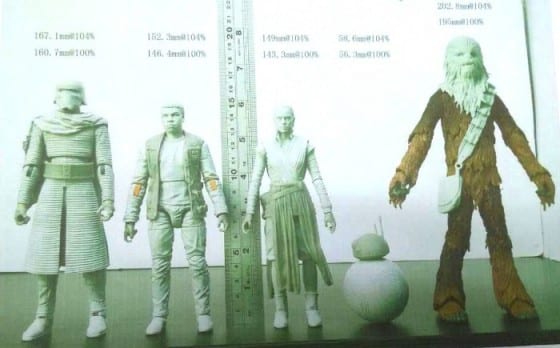 Presumably the first figure is Kylo Ren. He looks pretty much like the Revan rumor image that surfaced a few month back.  Finn is without his Storm trooper armor it appears, but he wouldn’t ware that forever anyways.  I am not sure who the third person is, but the last two must be BB-8 and Chewie. What do you guys think?