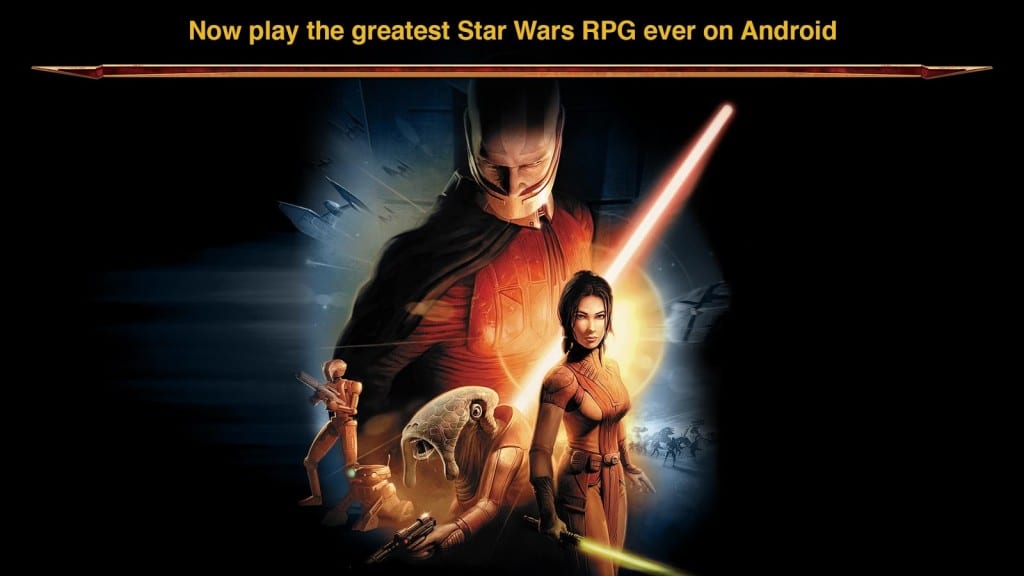 Star Wars: Knights of the Old Republic was developed by Bioware, the company responsible for every great western RPG of the last fifteen years. Released in 2003, it was the prequel saga we both needed and deserved. Set four thousand years before the fall of Anakin Skywalker and rise of the Galactic Empire. Jedi are so ubiquitous that no one is even impressed with them anymore. The game puts you into a pivotal role during the great Jedi / Sith war which would shape the galaxy for millennia to come.

The developer notes that because the game hasn’t been “slimmed down” in anyway, the file size is quite large (2.4GB). That’s kinda what you get for downloading one of the greatest RPGs of all time. Here’s what you can look forward to.

As part of an introductory offer, the game is being offered for 50% off for a limited time only.

Download on Google Play: Knights of the Old Republic ($5)