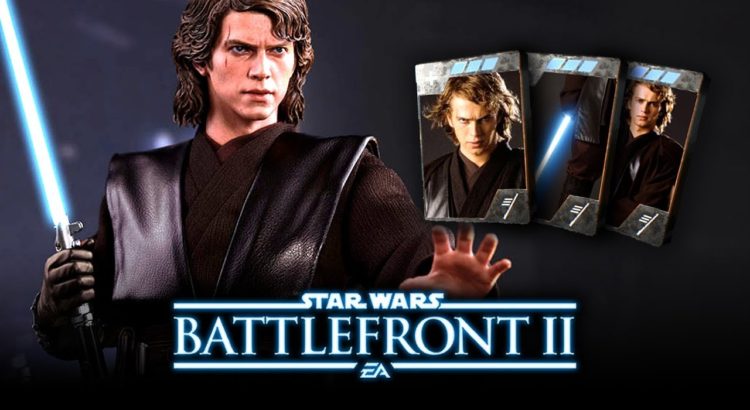 The developers over at DICE posted a behind-the-scenes look on how they arebringing The Chosen One to life. Check it out:

To make the wait for Anakin Skywalker* a tiny bit more bearable (players will get their hands on the hero of the Galactic Republic on February 27**), Mattias Kirsten, Animator on Star Wars™Battlefront™ II, was kind enough to give us a peek on how the animations of the powerhouse Jedi were made.

And later, if you want to learn even more, make sure to digest our rundown on how a hero is created and the interview with Matt Lanter, voicing Anakin Skywalker.

Now, taking point on the animation work on the Chosen One is a task which, of course, requires a certain type of preparation.

Researching The Chosen One

“First, I re-watched The Clone Wars series and the prequels to get in the right state of mind and mood for Anakin,” Mattias says. “Specifically, I watched the Anakin versus Obi-Wan Kenobi fight a bunch of times. Not to get the exact movements, necessarily, but more to understand his intention and attitude, so I could start incorporating that in our animation system.”

Studying Anakin up close, Mattias realized small, but important, details that he hadn’t noticed before.

“It was interesting to see that Anakin is so good with a lightsaber that he seems to forego certain basic fighting practices. For example, he actually doesn’t use a lot of footwork, he’s more planted at a certain spot, while moving his lightsaber in a very skilled manner.”

“When I thought about Anakin, I pictured him as spinning around a lot while fighting. But watching more closely, I saw that he himself doesn’t spin around that much. Rather, his lightsaber movements are so quick and precise due to his advanced fighting style. That’s an interesting little detail that I didn’t think about before,” Mattias says.

Motion capture data later serve as a base for Anakin’s animations.

Capturing the Personality of Anakin Through Movement

The fantasy that Anakin’s design revolves around is one of raw power and being a passionate Jedi who cares about others. But it also tells of someone learning how to control his raw talent during a difficult time in the galaxy.

“The Anakin we’re bringing to Star Wars Battlefront II is still on the light side, meaning that we don’t want his anger to show explicitly in the lightsaber combat animation. We rather want to give hints on how it lingers just below the surface,” Mattias explains.

“One way of doing that is having his attacks being slightly wide. In some cases, his lightsaber is even hitting the floor, making sparks fly. So, he performs this very practiced and controlled move, but it’s slightly off-balanced, giving us a peek into how his passion and emotions affect his style.”

A work-in-progress look at one of Anakin’s attack sequences.