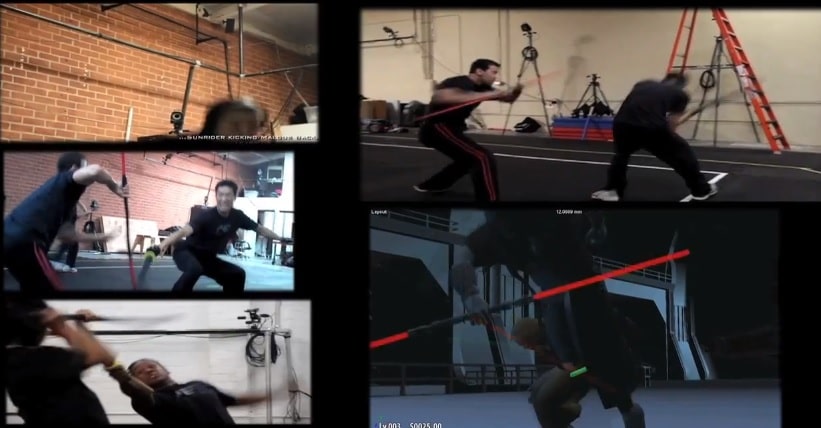 Here is a pretty cool video we stumbled upon. While it’s not new, it’s new to us and this is some really awesome stunt skills at work. It’s really cool to see how this all comes together in motion capture. We can only hope that the new Star Wars films will have some really awesome fight scenes like this.