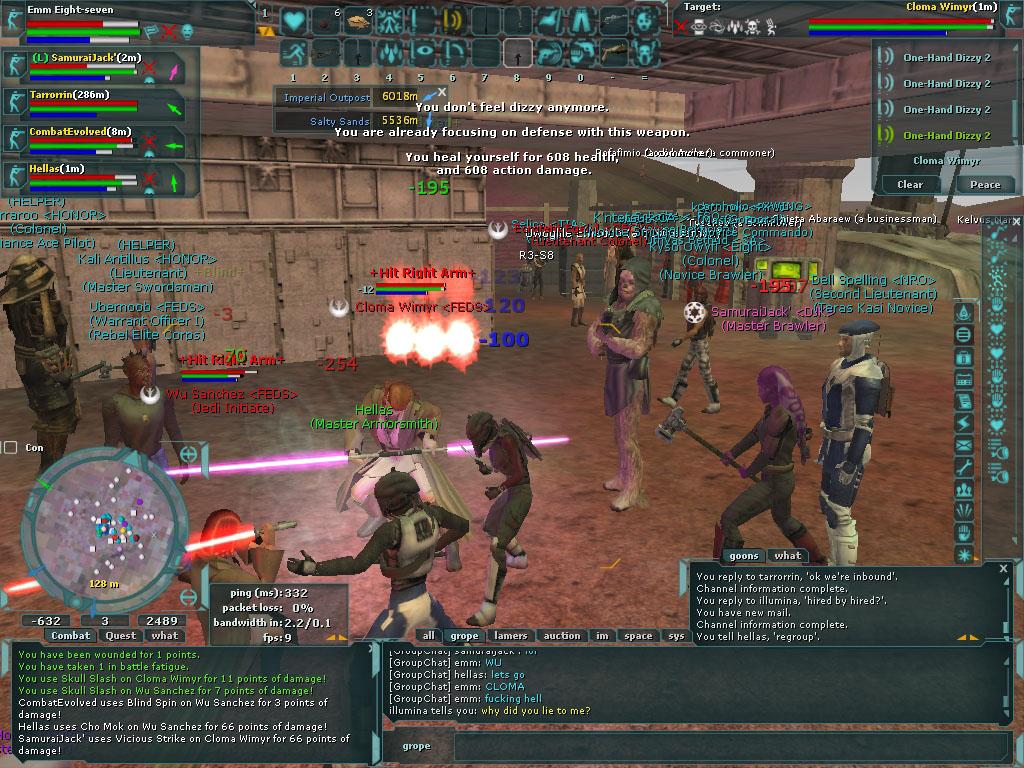 Raph Koster, creative director for the 2003 MMO Star Wars Galaxies game began his discussion on the problems that the design team were up against was this: “Well, my opinion is Jedi are evil.”

Many fans decided to give up on the game back then because a third major patch added a Jedi as a character. The problem is that Jedi’s are too powerful and rare to be successfully added in. Before the game ever launched, the design team went over many ways to make a Jedi playable in the game and Koster said that there was one solution, “the crazy idea I still wish we had done.”

Inspired by Diablo’s Hardcore mode, the system was “that affectively gave a different way to play the game. A method that kept Jedi rare, powerful, and yet allowed everyone a shot,” Koster stated. However, this solution was not a solution after all.

Players would start out with an extra character slot locked to the Jedi class. The Jedi would start out quite weak and then they would be able to build their power by practicing the Force. However, when a Jedi used the Force in close enough range of anything Imperial, Darth Vader’s Death Squadron would come running and someone would hunt down the player to kill it.

“These would be brutal fights,” Koster writes. “Odds are you’d just die. So hiding and training very carefully would be essential. But it wouldn’t matter, of course. As you advanced, your powers would get ‘noisier’ and cooler.”

Once you perished, that was it. Your stats would post on the leaderboard and other players could see how far you made it. The problem is, if you wanted to be a Jedi again, you would have to start from scratch. He also stated that the game was rigged, and anyone who went up against Darth Vader would be guaranteed to die.

“All the bragging rights would carry over to your other character,” Koster writes. “Heck, I had a picture in my mind of the most amazing player summoning up not one, but a whole set of them — the most badass player would have a coterie of Jedi advisors, hovering around their campfire, as they showed up.”