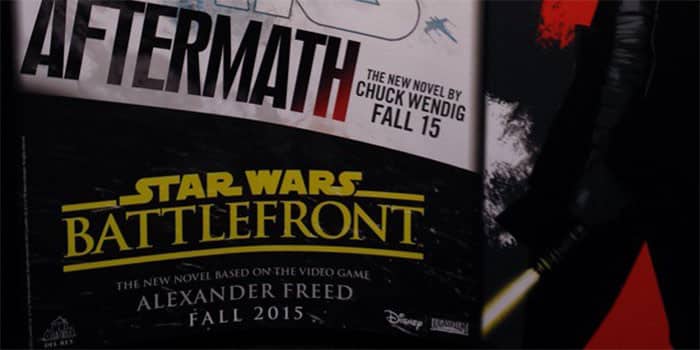 We all know by now that Star Wars: Battlefront will not have space battles, more than five planets, a single-player campaign, or even setting from the prequel trilogy, but it does have something that no other games in the series has: a tie-in novel.

After Disney took over Lucasfilm and the Star Wars franchise, they decided to remove the “Expanded Universe.” This includes every novel, comic book, TV show, and other non-film Star Wars material that was made over the years. This media will be published still, but it shows up as part of the “Legends” line. Lucasfilm is started from scratch and building up the Star Wars franchise with a fresh start.

As of now, the new Star Wars canon includes a few comic books by Marvel and a line of books from Del Ray books. Two books have been published and half a dozen are still waiting to be published. At the 2015 Star Wars Celebration, a new book- Star Wars Battlefront: Twilight Company- is based off of the new video game, was announced to the public.

Battlefront: Twilight Company is written by Alexander Freed and many hardcore Star Wars fans are familiar with his name. Mr. Freed worked for BioWare for six years before he set off as a freelancer. He is responsible for a few comic books that are placed in The Old Republic’s setting.

Battlefront: Twilight Company is set after the destruction of the first Death Star and its main focus is on the continuing struggle between a squad of rebels and the elite Stormtroopers. The official summary states:

Under the direction of the Emperor and Darth Vader, an army of highly trained, single-minded stormtroopers quashes dissent and destroys resistance. But on worlds like Sullust, Coyerti, Haidoral Prime, and untold others, Rebel forces fight in the trenches, determined to maintain hope against the unrelenting Imperial war machine…

Star Wars: Battlefront is the very first AAA video game that will join Lucasfilm’s new Star Wars franchise. The Old Republic will continue, so you don’t have to worry about that aspect. During the Star Wars Celebration, Pablo Hidalgo, Star Wars Story Group member, stated that BioWare has created a “fantastic” universe but said that the game is not canon.