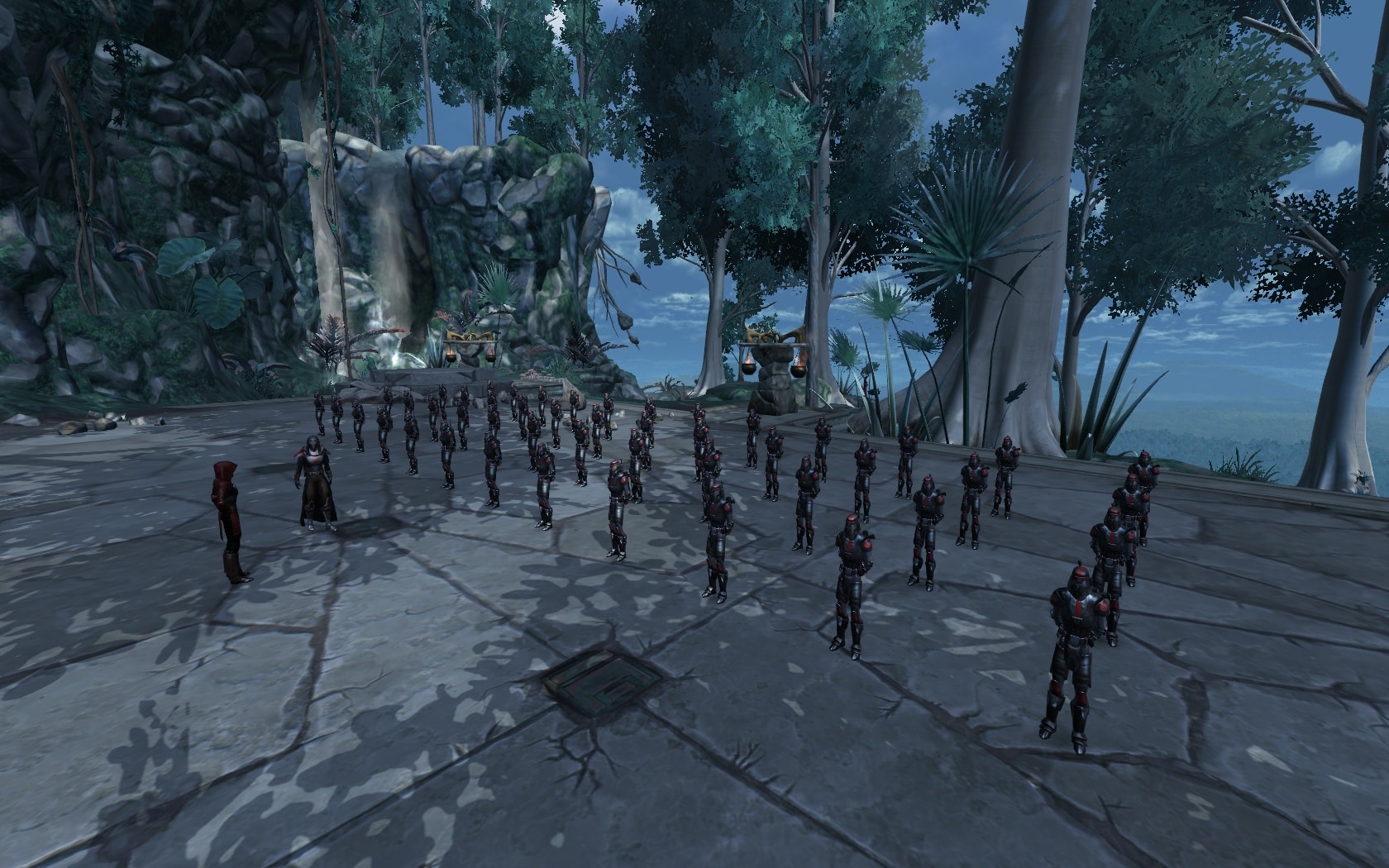 We’re noticing a trend in many SWTOR players these days – building “armies” in their strongholds. While it might seem a little bit like an epeen contest, if you have actually seen some of the things that are being created, you will likely be a bit impressed, too. Reddit user Baianai, for example, created an awesome 7th Assault Armor Battalion of the Imperial Army. In short, it’s pretty freaking awesome.

There are a variety of ways that players are getting these armies. In the one pictured below, the player made use of the GTN and clever skills at playing the market to build up their battalion. However, this is not absolutely required to make your own personal army since there are many ways to do it and part of the fun is seeing all the ways players are finding to get creative with it.

Here’s another personal army by Reddit user, Derzelaz. 50 Imperial Troopers for 10,000 warzone comms and you can now answer the question, “You and what army?”

Do you have a personal army or would you every build something like this into your stronghold? We think it’s a lot of fun, especially to see the different creative ways players are making it work. If you’ve got some, we want to see your pictures too!