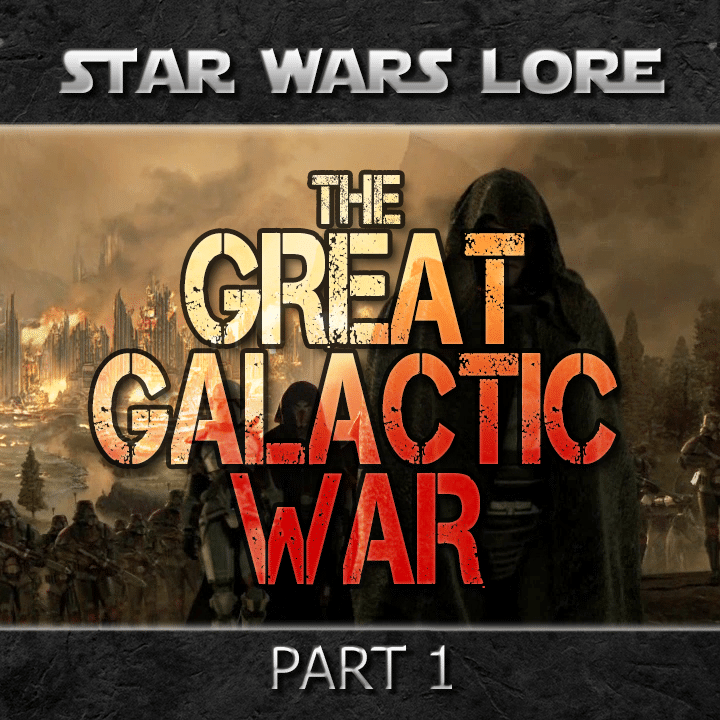 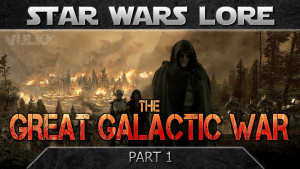 This is a Part 1 of a 3 episodes miniseries by Vulkk, explaining everything there is to know about The Great Galactic War, one of the most significant events in the Star Wars Expanded Universe. The war is seriously embedded also into Star Wars: The Old Republic (SWTOR).

For the narrations Jason or as everyone knows him Teo from OotiniCast has made yet another appearance on a Lore video by Vulkk to do the narrations.

Here’s the intro in a written form. The rest you can hear and see in the video, attached in the bottom.

The Great Galactic War, known as the Great War during the conflict and in the years afterward, was a war between the Sith Empire and the Galactic Republic between 3681 BBY and 3653 BBY, lasting for a total of 28 years. Also known as the Republic–Sith War, the conflict was ultimately the culmination of a 1300-year grudge held by survivors of the old Sith Empire against the Republic for their defeat in the Great Hyperspace War.

The war would cost countless lives and devastate worlds from the Core to the Rim, as well as having dramatic galactic consequences otherwise. The Republic economy was shattered and roughly half the galaxy would end up under Sith dominion, and the Jedi Order would withdraw from the galactic capital to establish a new home on their ancient homeworld.

But it would not ultimately be conclusive. While a strategic defeat for the Republic, the end of the war left both powers standing, engaged in an undeclared conflict for supremacy on numerous disputed worlds.