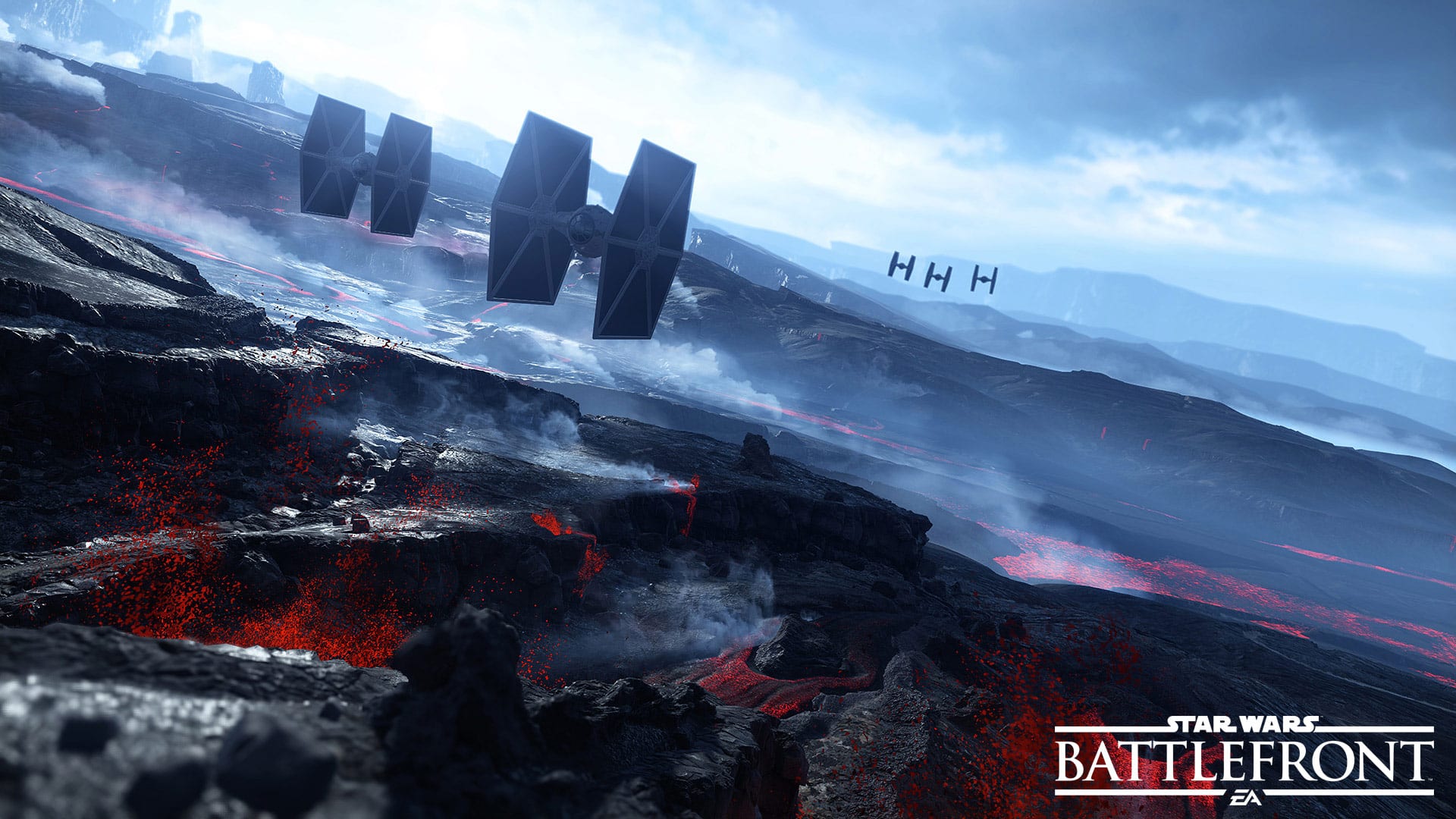 At E3, fans that were in attendance got to actually play a demo of the upcoming Star Wars: Battlefront. Until now, we have only seen snippets of footage from the game but now some lucky fans have actually been able to experience the game themselves. The following is two different reviews of Star Wars: Battlefront from Jason Serafino from Techtimes and the other is from Metro.uk.co. We have recapped their original reviews.

Jason Serafino was lucky enough to be able to spend 20 minutes playing Star Wars: Battlefront at E3. Since this is a Battlefield game there is no story line and you are instantly put into the middle of the action. There is a downside to this because you aren’t sure of what you’re doing and he accidently set off his rocket pack which sent him 50 yards into the sky.

Once he managed to figure everything out he felt that the game played like a dream. According to Serafino, the gun fire is sleek and simple but completely accurate. The details really show up, for instance, if you shoot a Stormtrooper in the head, you will see sparks flying and their feet come out from under them while they fall to the ground.

The weapons seem to not be too surprising. You have a range of blasters that vary from light fire to heavy duty fire. In the beginning, you are thrown up against generic enemy troopers but as you continue playing you have to fight off waves of armored troops, sniper troops, and AT-STs. Serafino got to blow up an AT-ST and he said the details of the explosion were spot on, leaving him feeling satisfied.

It seems that the only downside to the demo where that they canyons on Tatooine were quite generic. The planet itself has the infamous dragon skeleton and Sand people huts, as you would expect. However, it doesn’t feel as “alien” as it should be.

If you had any doubts about Battlefront—at least from a pure gameplay perspective—your fears are completely unfounded. Battlefront isn’t just a Battlefield clone. It’s not a quick cash-in. And it’s certainly not a step backwards from the original series.

Now, let’s move onto Metro’s review of the game.

We all know that Star Wars: Battlefront will earn EA tons of money now matter what the reviews have to say. However, according to Metro, the game is going to actually earn a very good review from them. They do think that Star Wars: Battlefront is an odd game. Besides the DLC that will be shipped out after its initial launch, the game is based completely on the original trilogy of the films. It’s basically a pseudo-reboot of the past PlayStation 2 franchise of the same name.

However, DICE has not stuck close to the original template as the first one and this has caused controversy because it won’t feature space battles or a story campaign. The game seems to stray away from the old Battlefront problems with shooting. The shooting in the game is spot on according to Metro and Jason Serafino from the previous review. Metro seems to think that the set-up of the game and controls are not complicated at all.

The game puts the player directly into the action because it does not have a campaign mode or story line. At E3, the two modes that players were able to experience were the Walker Assault map and the survival mode mission that is based on Tattooine.

Metro played survival mode first and they were quite impressed with what they witnessed.

Survival mode was the first one we played, and our first impressions revolved around just how drop dead gorgeous the graphics are. The rocky canyons of Tatooine are based on the real locations used for the movies and they look almost photorealistic, even on just a PlayStation 4 (all the demos were on PlayStation 4, thanks to Sony’s promotional deal with EA). As the first wave of Stormtroopers turns up they’re visualized just as well, as Star Destroyers and Rebel ships battle in the skies and Imperial Shuttles land to disgorge their troops.

The survival missions are designed with a two player split screen co-op. You are able to play them solo or online. The guns do not have ammo for you to worry about but you have to watch them carefully so that they don’t overheat. The game features escape pods that are dropped off like special weapons. Each mission is started out with a deck of three cards and these show your special abilities. These slowly recharge over time so that you can use them more than once.

According to Metro, there is not enough content for them to play to silence every critic for the game out there, but they do think that the game will be a huge success and is great overall.