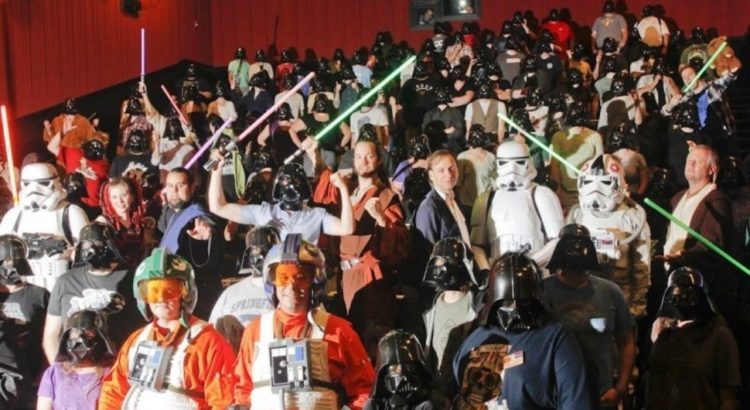 When Star Wars first hit our screens back in 1977, we fell in love with the characters and the story that shot us into space and helped us discover a new world. Since then, there have been many new films released as well as plenty of books, games and comics. To help you become the ultimate Star Wars fan, we have put together a guide of some of the things that you can do. This includes everything from watching the movies to visiting Star Wars conventions and meeting other big fans just like yourself. Keep reading if you want to find out more and become the ultimate fan of this franchise.

You can’t be an ultimate Star Wars fan if you’ve never seen all of the movies. There are so many that have been released that by the time you’ve watched them all through you’ll be ready to watch the first one again. Think about starting with the Skywalker Saga and making your way through the original, prequel and sequel trilogy. Of course, you can’t forget about the impressive standalone films including the Clone Wars, Rogue One and Solo. All of these films will teach you everything you need to know about Star Wars so get started now and you can become the ultimate fan in no time.

Believe it or not, but many people who consider themselves Star Wars fans have never actually read any of the books that come along with the franchise. While these books might have come after many of the films, there is a good mixture of novels and children stories that you can enjoy. Make sure to get your hands on some copies of the Star Wars: Legends series which will give you a better glimpse into the Star Wars universe. Some of the popular books that you can read will be sorted into the Rebellion Era, New Republic Era and Legacy Era. It might take you a while to read all of the books that are available but if you get through some of them then you’ll be on track to becoming the ultimate fan.

Have you had a chance to read some of the comics or magazine strips that focus on the Star Wars franchise? This is another great way to immerse yourself in the story and all of the different directions that the characters go. You’ll find that there are both Star Wars Rebels comic strips which debuted in 2015. There are also some magazine strips which started in 2016. With three different volumes packed with interesting graphics and stories, these comics are worth a read if you want to become a superfan.

If you don’t think you’re quite the superfan that you’d like the be, then consider trying out some of the online games that are focused on Star Wars. If you look at the online platform Stakers, you’ll see that casino games often come in many different themes and Star Wars and other space-themed games tend to be very popular. The Star Wars slot game was created by Ash Gaming and if you like to take a spin on slot games then you’ll love what this one has to offer. It comes with 5 reels and 20 paylines along with a pretty big jackpot and a Pocket Watch bonus round. You’ll be able to find this slot on some of the best casinos online and once you get spinning, you’ll win big and enjoy seeing your favourite characters come to life.

Many people believe that the ultimate fans need to have as much memorabilia as possible. Of course, having a lot of things that feature the Star Wars logo or other items from the show can help but it doesn’t always make you a better fan. If you do want to build your collection, then think about picking up some items that are themed on the series. Some people have Lifesize Darth Vader statues, costumes and props that have come right from the film set. Of course, this can end up costing you a lot of cash especially if you want to get your hands on some of the rarer pieces. You should be able to find reasonably priced merchandise and memorabilia online so have a look, build your collection and you’ll be on your way to becoming the ultimate fan.

The final way that you can solidify your place as a true Star Wars fan is by attending the conventions. You’ll find that there are plenty of these conventions that happen all of the time all around the country. A quick search online will show you which events are coming up and you can get your hands on some tickets. These events allow you to dress up as your favourite characters and meet other superfans. This is the perfect way to totally immerse yourself in the universe and you might even be able to make some friends with others who love this franchise as much as you. Look out for some of the big events coming up and take a trip to see what goes on at these conventions.

If you want to become the ultimate Star Wars fan, then you are going to need to think about immersing yourself in all aspects of the franchise. Think about starting with the movies and making sure that you have watched every single one. You don’t have to watch them in order, although this can help. You should also make sure to get your hands on some of the books and the comic strips that have been created. This paired with some memorabilia and visits to the Star Wars conventions will get you right on track.

Follow all of the tips that we have given you and you should be able to become the ultimate Star Wars fan that you’ve always dreamed of being. We hope that you enjoy what you find when you throw yourself into this world!