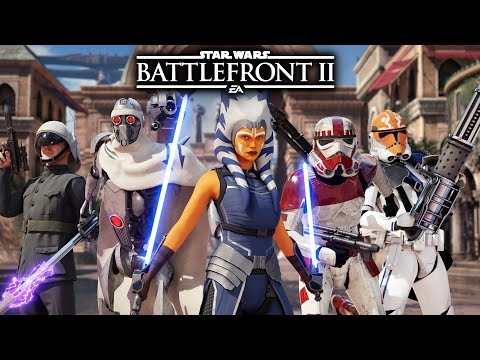 We haven’t written about Star Wars Battlefront 2 in a bit, as the game seems to be dying out a bit. The developed just dropped all new work or content for Battlefront 2 so that they could put their efforts into Battlefield 6 instead.

And the fans and everyone involved were very upset with this controversial decision for Dice to drop the game. But Star Wars gamer fans have seen this before and we’ve become resilient and innovative.

Dice would be fine with letting the game die.

However, the fans have now taken it upon themselves to bring the game back to life!

Modders have stepped up to do new content, cosmetics, and other great things to add to the game and keep it going. We’ve seen this in the Star Wars community before and it warms my heart every time.

So, what do you think? The game could very well take on a new optimisitc future.

While there are no new official updates to the game, these mod updates can really keep the game alive for the community who is still involved and loves the game.