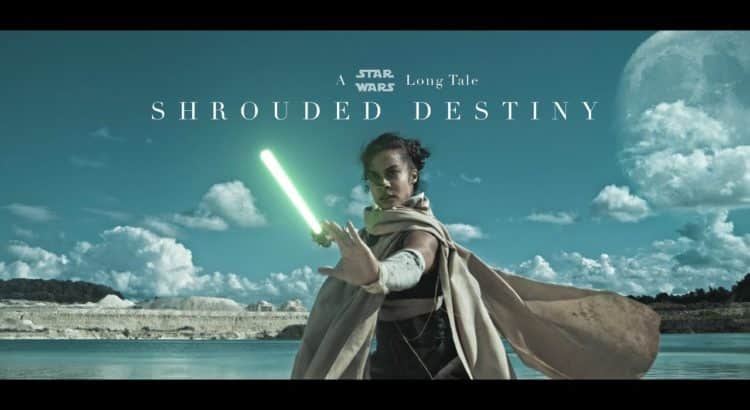 Here’s the start of a very interesting fan film. Shahbaz Sarwar was born and raised in Copenhagen, Denmark and has been working on a film draft for 2 1/2 years. This is a test shot of that script in action.

I really don’t want to ruin it by telling you much more about the film/story itself. You just need to watch it. It’s just over 6 minutes, so it’s not going to take up a lot of your time, but I think you’ll be glad you watched.

It had me both rolling with laughter and screaming at my screen. It’s good. Very good.

I’m going to let you see for yourself, but allow me to tell you a bit about the creator and the project itself.

This is what Sarwar has to say about it:

“Like many people, “The Force Awakens” really got a lot of people back into Star Wars again and the resurgence of fan films has been prevalent ever since. But this isn’t for a fan film.

This is a test shot that is aimed to give you a thorough insight into what it could look like if I got to work with Star Wars, if Disney and Lucasfilm hired me to do so.

The ambition is grand: Make a 45 minutes pilot episode as a pitch to “The House of Mouse” to get them to have a meeting with me about my storyline that could encompass 5 seasons of storytelling in the same vein as Game of Thrones, Breaking Bad, The Raid movies and The Wire on their new streaming service.

It’s an impossible task… seemingly. The odds, even though you’re never supposed to tell us… are stacked massively against us. But I’m inviting you to partake in this journey with us. Watching the scene… If you think this has merit… please help us make this reality by liking the video and sharing it on Social Media.”

See the test shot for yourself here:

We sincerely hope that you enjoy this work. It’s been a long way in the making. May the Force be with you.

If you want to know more about me: www.shahbaz.