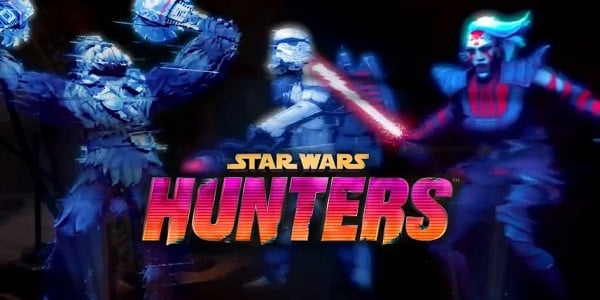 Star Wars is one of the biggest film franchises on the planet and has sparked many different video games related to the movies. Star Wars: Hunters is the latest to join the ranks, and avid gamers are excitedly waiting for the release date. There are definitely plenty of rumours swirling around concerning the content and what we can expect. A short trailer has been released that gives a little bit of information but not much. So apart from price, what else can we expect when this new game hits the shelves?

In a Galaxy Far Far Away

There isn’t much information about the details relating to this new Star Wars game; there are a few bits and pieces being drip-fed from the official Star Wars website but what we do know is that this is an exclusive game for the Nintendo Switch. No one is quite sure why Lucasfilm has gone down this route, but their latest offering at the moment is going to be exclusively available on this console only. Previous games were released to PlayStation and Xbox and didn’t come to the Nintendo Switch at all, so perhaps they felt it was just their turn. We also know that eventually, it will be released onto mobile handset gaming for both iOS and Android, so basically it will also be available on the App Store and Google Play. This means it’s not entirely restricted to Switch users only, but the bigger consoles don’t seem to be benefiting. It’s interesting when console games get released to the mobile platform. There are many differences between the playing experience, and some don’t translate well, so it will be a case of watching this space to see what actually happens. We also know that it’s going to be free to play for at least some of the action. So at least you don’t have to spend money to see if you’re going to like it. We’re not sure as yet whether there will be in-app purchases to open up even more doors.

We know that the Star Wars: Hunters is coming directly from Lucasfilm and their gaming division, which, unsurprisingly, they have given the moniker Lucasfilm games, and we also know that it is a collaboration with Zynga who are gaming giants. Zynga does have a lot of mobile gaming experience, which is good news for the playability translating from console to mobile screen. Previous games were in collaboration with EA, who have yet to suss the mobile gaming experience in any significant way, so there is distinct hope that this time it will be better.

One of the critical bits of information that the Star Wars website has fed out to the waiting press and fans is that new and original characters will take part in this game. Often you find that mobile games are composed of characters we already know in the form of heroes and villains. Hence, it’s an exciting introduction to create some new names for this experience. Lucasfilm will be looking to keep their franchise growing and have other ideas moving forward in the future, so perhaps these characters will be introduced in Star Wars: Hunters and later appear in new films, cartoons, or other features of the franchise. The High Republic was an example of an introduction of new characters that really worked.

We know that this game will feature rebels and imperials as well as bounty hunters. This means that players should be able to use any of these characters as their game piece, and this will change how the game works depending on who you choose to play as. It seems from the trailer that we’re not going to be seeing Jedi and Sith, but instead, action will focus on these three groups, which is presumably why it’s been called Star Wars: Hunters. We also know that this game will be set after the fall of the empire, which is part of the storyline that Lucasfilm has been expanding and exploring over previous years. The Mandalorian, which screens on Disney plus, also takes place in this era. We can see from the information available that the centre of the game will be arena combat, as we know that this also translates well onto mobile devices. It gives designers a chance to showcase the Colosseum locations and leaves it open to large character rosters.

Of course, the main answer that gamers are waiting for is precisely when this game will be released. Sadly, at the moment, there has been no definitive date, but we do know that it will be sometime within 2021. As we are already in March, that means we have nine months or less to wait. We’re not entirely sure at what stage of development they have reached yet, but it’s likely that they are entering testing if not further ahead. We know for sure that it hasn’t been relegated or put on the list of games to be cancelled, which is excellent news, so for now, all we can do is watch and wait and keep an eye on any rumours that may emerge. We are sure that this is a game you are definitely going to want to try. The fact that it’s going to be available on mobile platforms gives it global appeal and means anyone can access it.  So brush up your gaming etiquette and get ready to play this multiplayer squad-based game.