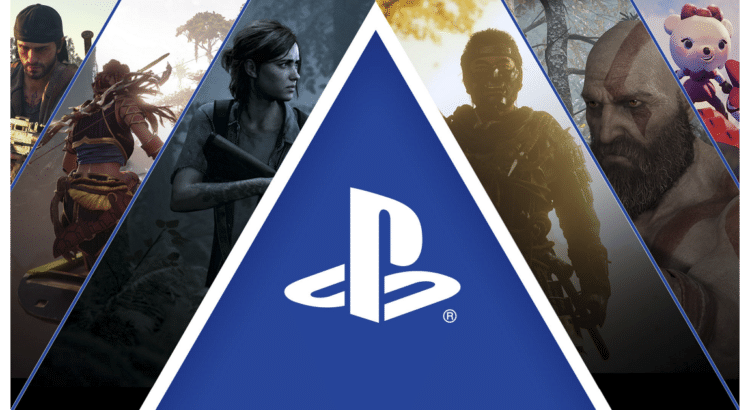 Videogames for PS4 vary in form, shape, and size. It is hard to pinpoint the exact definition of relaxing games. Some may relax in intense shooters; others may prefer medieval RPG games ps4. If you are into medieval games ps4, check out insider games, there are different lists of top-notch games for different platforms.

Relaxing games on this list are fair for the common definition of relaxation. The games are slow-paced, underline visual and sound aesthetics of experience, and try to immerse you into a different reality for a bit.

The game was developed by Jonathan Blow and released in 2016. Witness is a puzzle game that does not spend much time on explanations, character building, or storytelling. Player awake on a strange island filled with intricate mechanisms. You need to solve different puzzles hidden on the island and within its landscapes. The puzzles include various labyrinths in which the player should draw a line from start to finish. The core idea of the puzzles has different combinations of extra conditions to make the puzzles more engaging. There are over 650 puzzles in the game, but you don’t have to solve all of them to finish the game. There is no actual story in the game, but there are a lot of audio logs, symbolism, and visual images for personal interpretation and analysis. Witness is a meditative experience where you walk in the beauty of a deserted island and have all-time in the world to gather your thoughts.

The game was developed by Unknown Worlds Entertainment and released for PS4 in 2018. The player takes a role of a nameless astronaut who has crashed on a water island. The mothership is ruined, and the only thing left is a small rescue pod and the will to survive. The game uses the usual survival tropes:

However, Subnatutica wraps it in unusual packaging. The water surrounding makes you plan your scavenging sessions carefully. Besides, you collect not simple wood, grass, and rocks, but corals, minerals, and seaweed. The fauna of the game contributes to the immersion. All sorts of sea creatures from cute to monstrous inhabit the world of Subnautica and make it truly alive. At the top of it, there is a story. It is simple and shows nothing special but makes survival in the game meaningful. If you don’t want to struggle with the character’s parameters, you can always toggle off the survival element. You may enjoy underwater landscapes in free or creative modes. Subnautica is a long, well-detailed diving session that will help you relax and see the beauty of an underwater world.

Firewatch is a tiny hit developed by Campo Santo and released in 2016. The game is a walking simulator in which a player takes a role of a fire watch employee for a season. Our protagonist, Henry, has problems in his personal life. Maybe betting sites could help him to find a distraction and rearrange his thoughts. Still, Henry chooses a remote place in the middle of nowhere to be in silence and peace for a moment. Still, he has a partner on his duty, Delilah, who contacts Henry via a walkie-talkie. The dialogues between Delilah and Henry made the game so engaging and atmospheric. Both Delilah and Henry are people with past, skeletons in the closet, and the desire to be better people. Slowly but steadily, you grow empathy for them and want Henry and Delilah to find their happiness.

Visuals and audio design are other pleasant features of Firewatch. The forest is drowned in pastel colors. The ambiance contributes to the melancholic atmosphere. The whole place looks like a distant, bittersweet dream.

Do you like slimes? Developers of Slime Rancher definitely do. The game was developed by Monomi Park and released in 2016. We take the role of Beatrix LeBeau, who travels to the planet Far Far Reach. Beatrix decided to start a life of slime rancher, and there is the core concept of the game. You need to collect and breed slimes.

Slimes are colorful, squishy balls with eyes and cute smiles. They dangle and fool around your farm. Your task is to collect them and to make them produce valuable minerals. You may sell the minerals to earn money and buy upgrades for your farm. The game has a chilling pace, and the challenge is almost nonexistent. The visuals are minimalistic but steal appealing. Slime Rancher is a perfect option for spending some time with resilient slimes, and to charge up some positive attitude from them.

Journey is not only one of the best relaxing games on PS4 but one of the best games on the platform in general. The game was developed by Thatgamecompany and released in 2012. Since then, Journey has survived a few reissues and claimed high-value video game awards.

Journey is a wordless story about a robbed figure who travels through a desert to the peak of a mountain. There are traces of a civilization long gone, their technologies, and possible causes of the civilization’s downfall. The player traverses various, extremely beautiful landscapes in different ways: gliding, jumping, or simply walking. The game transmits the feeling of the movement perfectly; a cheerful ride from a sand-dune differs from a tough mountain climb.

Journey is a relatively short experience. The game lasts only a couple of hours, but you will receive a whole spectrum of emotions while the game lasts.

Relaxing video games are an unusual entry in the rich video games library. You may be a hardcore fan of first-person shooters or 4X-strategies. Farming simulators and walking adventures may not be your cup of tea at all. However, relaxing games are a niche that fits almost everyone. Casual gamers will find a variety of settings and genres among relaxing games. Novice players will have a smooth start with gaming. Seasoned veterans will find a pleasant distraction from their hardcore routine.