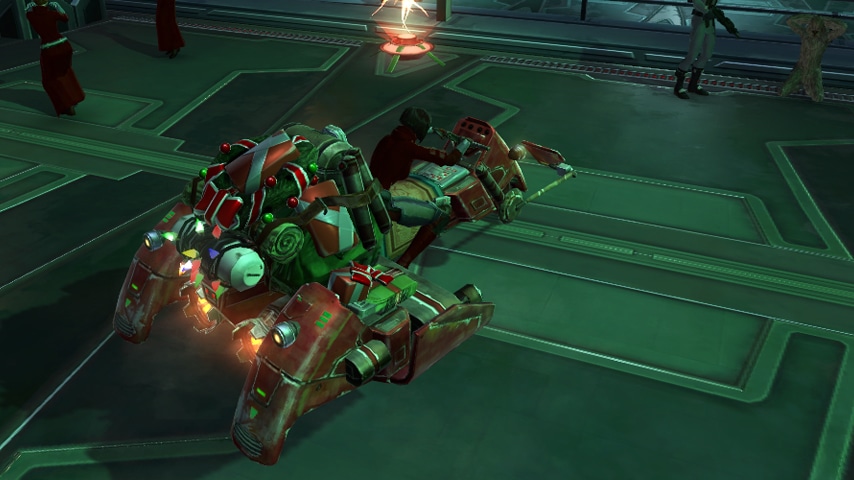 BioWare have posted a new role-playing developer blog on the Life Day event. I got a good laugh out of this, so Props to whomever wrote this. Really looking forward to Life Day/Return of the Gree later today!

You can read the full post here, or if you are blocked by a firewall, you can read our copy paste below:
BTW: GR-1NC4 = Grinch.

It has come to the Empire’s attention that dissident elements engaging in a tawdry and potentially dangerous seasonal event are planning to infect Imperial space with their insipid notions. This so-called “Life Day” encourages activities unbecoming of an Imperial citizen, including but not limited to:

This disgraceful menace of a “holiday”, during which time you are expected to comply fully with this edict, will last approximately two weeks on the Galactic Standard Calendar.*

The alleged ringmaster of these activities–dubbed the “Master of Ceremonies”–has somehow obtained an official license to peddle his “holiday cheer” in the Galactic Trade Market sector of Vaiken Spacedock. While those responsible for this error in licensing have been punished to the fullest extent of Imperial law, the sale of Life Day goods will proceed. However, these items are under review under Section 53-T of Imperial law and their purchase may constitute an official Contraband Violation:

This is not an actual explosive device, as its name would suggest. The “bomb” generates soft, compact spheres of crystalline water ice (“snowballs”) which are intended to be lobbed at unsuspecting targets, covering them with a layer of harmless snowflakes. Explosive Ordnance Disposal has expressed concerns following reports of “Snow-Covered Parcels” – small, suspicious packages which are sometimes found within these snowballs. Life Day dissidents appear to exchange these parcels as some kind of currency. If you happen to come across such a parcel, DO NOT EXCHANGE IT FOR GOODS WITH THE MASTER OF CEREMONIES. Deliver these parcels to Imperial EOD immediately for processing and disposal.

This speeder far exceeds the guidelines for maximum “cheerful” ornamentation; furthermore, its engine emits a strange jingling noise characteristic of small bells. Imperial EOD has not yet ruled out the possibility that the parcels and other various Life Day paraphernalia strapped to the rear of the vehicle contain explosive devices, so if you hear the telltale sound of “jingle bells” heading your way, evasive action is STRONGLY advised.

If it weren’t enough that thoughtless pranksters have sliced various holoprojectors throughout the Fleet to broadcast images of gaudy “Life Day Trees,” the Life Day dissidents are now encouraging the lighting of fireworks which produce patterns resembling the trees. It is our best determination that these fireworks are meant to signal membership in this ludicrous “celebration.” You are reminded that, as with all fireworks, you are SOLELY RESPONSIBLE for any and all scorching damage pursuant to ignition.

This vehicle, apparently of Gree design, has [REDACTED]. Not much is known about the [REDACTED] though it is safe to say that [REDACTED]. If the dissidents are somehow in league with [REDACTED] a proportional response will follow. Be advised, this vehicle has not [REDACTED] and all further information is officially CLASSIFIED by Imperial order.

While the behaviors of these nonconformist Life Day “celebrants” are certainly enough to contend with, it should be noted that the alien vessel designated Gray Secant has reappeared over Ilum, marking the return of the Gree Enclave to known space. Whether the two events are related is presently unknown, but historical patterns suggest that the craft will remain for the duration of the Life Day “festivities.”

Remember: be vigilant this Life Day. Should peculiar sounds emanate from atop your ship’s hull, they may not be mynocks. Engage all defenses, ready your weapons, and alert your local Imperial authority. 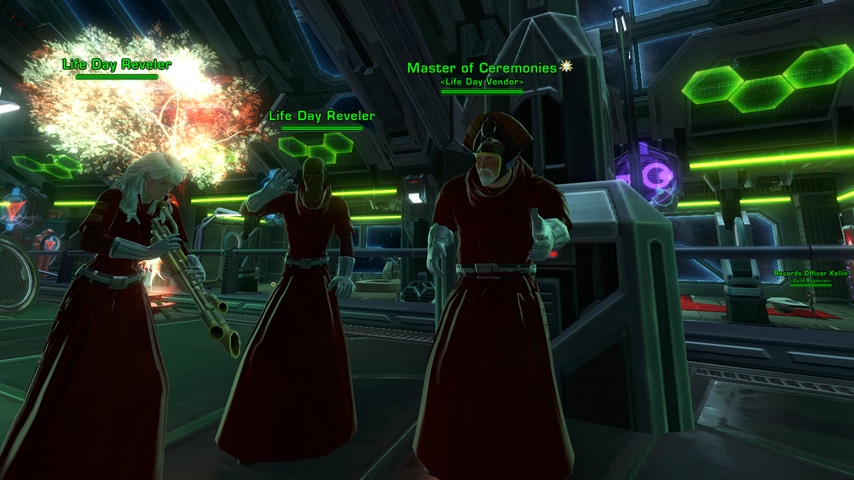 Oh dear.. I think the empire could use some jolly spirit.. there was one dark council member in the agent storyline that was rather jolly though.