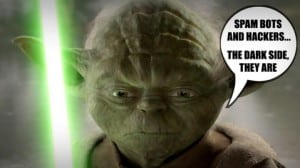 Non profit organization All Out want to help fight the boycott on SWTOR. They posted this message on their website:

Electronic Arts (EA) — one of the largest video game makers in the world – is the target of a hateful boycott campaign. Why? Because they approved a gay romance story in one of their partner BioWare’s most popular games: Star Wars: The Old Republic.

Anti-gay letters are flooding Electronic Arts headquarters, calling for a boycott. Without our help the company, its staff and more than 100 million registered players could be pushed to the dark side if the forces of hate get the last word.

Master Yoda wants to make sure Electronic Arts knows anti-gay haters don’t win the game. Add your name to Yoda’s letter urging the company to stay away from the dark side. Yoda himself will deliver the message directly to the headquarters of Electronics Arts in Redwood City, California.

They were encouraging readers and fans to sign their form to support EA/BioWare in their decision to add homosexual story arcs to SWTOR. 68,681 supporters in, they became the victim of a spam attack and had to shut down the campaign. Apparently the nay-sayers who are so confident in their cause had to resort to cheating to try to prevent the other side from having a say.

Whether you support homosexuality or not, we should all support a person’s right to their own opinions, freedom of the press, freedom to peacefully assemble and freedom to protest things they do not think are right. In this case, it would seem that the haters think only they have the right to speak out about the issue.

About All Out: All Out runs multilingual real-time campaigns to inform, educate, and engage the public.