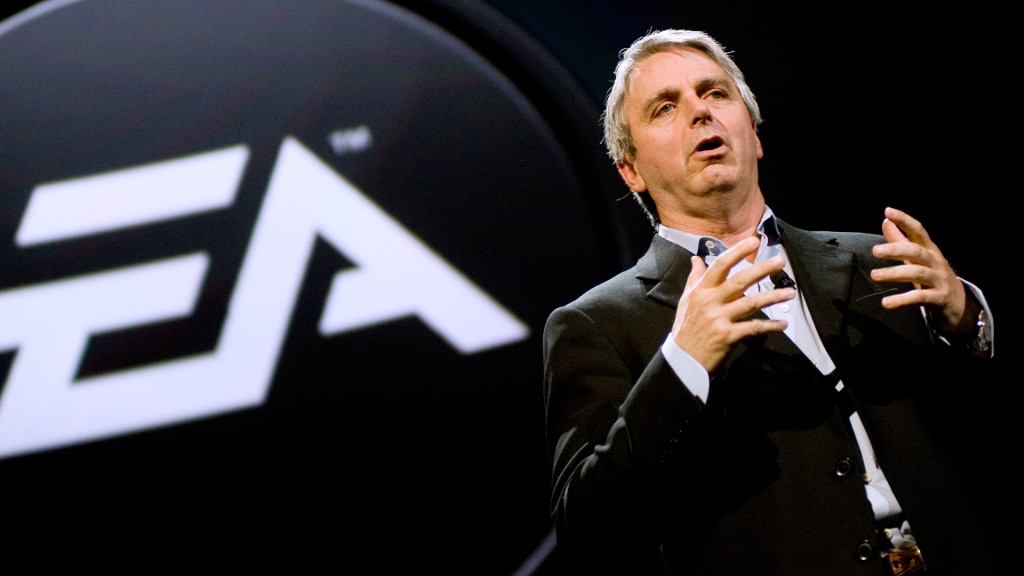 EA CEO John Riccitiello submitted his resignation, effective March 30, the video game company announced Monday. In a blog post on the company’s website, executive chairman Larry Probst said the Board of Directors will immediately begin a search inside and outside the company for Riccitiello’s successor.  Check out the Press release below.

REDWOOD CITY, Calif.–(BUSINESS WIRE)– Electronic Arts Inc. (NASDAQ: EA) today announced that John Riccitiello will step down as Chief Executive Officer and as a member of the Board of Directors, effective March 30. The Board has appointed Larry Probst as Executive Chairman to ensure a smooth transition and to lead EA’s executive team while the Board conducts a search for a permanent CEO. The Board will consider internal and external candidates with the assistance of a leading executive search firm.

Mr. Probst has played a leadership role at EA since 1991. In addition to serving as Chairman of the Board since 1994, he previously served as the Company’s CEO from 1991 to 2007. As CEO, Probst successfully grew the Company’s annual revenues from $175 million to approximately $3 billion, led EA into new platforms such as mobile, online and other emerging markets and expanded its international presence to more than 75 countries.

“We thank John for his contributions to EA since he was appointed CEO in 2007, especially the passion, dedication and energy he brought to the Company every single day,” said Mr. Probst. “”John has worked hard to lead the Company through challenging transitions in our industry, and was instrumental in driving our very significant growth in digital revenues. We appreciate John’s leadership and the many important strategic initiatives he has driven for the Company. We have mutually agreed that this is the right time for a leadership transition.”

On behalf of the Board, Lead Director Richard A. Simonson stated, “As we begin the CEO search, we are fortunate that Larry, who has a proven track record with our employees, partners and customers, has agreed to assume a day-to-day leadership role as Executive Chairman. He has 16 years of experience as CEO of EA and a deep understanding of the Company’s strategy, management team, business potential and industry trends.””

Mr. Riccitiello stated, “EA is an outstanding company with creative and talented employees, and it has been an honor to serve as the Company’s CEO. I am proud of what we have accomplished together, and after six years I feel it is the right time for me pass the baton and let new leadership take the Company into its next phase of innovation and growth. I remain very optimistic about EA’s future — there is a world class team driving the Company’s transition to the next generation of game consoles.””

EA expects that its revenues and earnings per share for the current quarter will be at the low end of, or slightly below previously issued guidance provided in its press release dated January 30, 2013. Actual results may be materially different and can be affected by many factors, including the levels of usage of the Company’s digital products, initial sales of new products that will be released before the end of the quarter and other factors detailed in the Company’s annual and quarterly SEC filings.

Electronic Arts assumes no obligation and does not intend to update these forward-looking statements. In addition, the preliminary financial results set forth in this release are estimates based on information currently available to Electronic Arts.

Electronic Arts (NASDAQ:EA) is a global leader in digital interactive entertainment. The Company’s game franchises are offered as both packaged goods products and online services delivered through Internet-connected consoles, personal computers, mobile phones and tablets. EA has more than 250 million registered players and operates in 75 countries. Headquartered in Redwood City, California, EA is recognized for critically acclaimed, high-quality blockbuster franchises such as The Sims™, Madden NFL, FIFA Soccer, Need for Speed™, Battlefield™, and Mass Effect™. More information about EA is available at http://info.ea.com.

Before you guys go nuts in here, this will in no way be related to Star Wars: The Old Republic. EA has been doing semi-poorly overall for a while, and it’s likely to be tied to overall results or simply Riccitello wanting to do something else / having shoveled enough money into his pockets already.

The risk/problem there is that each title becomes much more important, because future releases depend on their success. SWTOR is not the only title that has been…less than joyously received by the gaming community at large. The “more revenue fewer titles” model means that even as Great New Game 1 comes out, DLC, expansions, and Great New Game The Sequel are already being worked on, rather than Next New Title Which Might Do Better. So a very disappointing launch can mean that development time on sequels and add-ons has already been wasted. It’s not as if they can just come up with a new and better idea today and come out with a complete new game next week.

I don’t think that one catastrophic launch is the reason, and I don’t think that any BioWare games is the straw that broke the camel’s back. I think it’s just one more example of a business plan that hasn’t been quite performing the way it was expected to.

I do hope that whoever the replacement is will take notice of how badly the company has alienated its own customers over the past few years though, and try and improve that relationship. Hopeful, but not optimistic.

What do you think about this announcement?