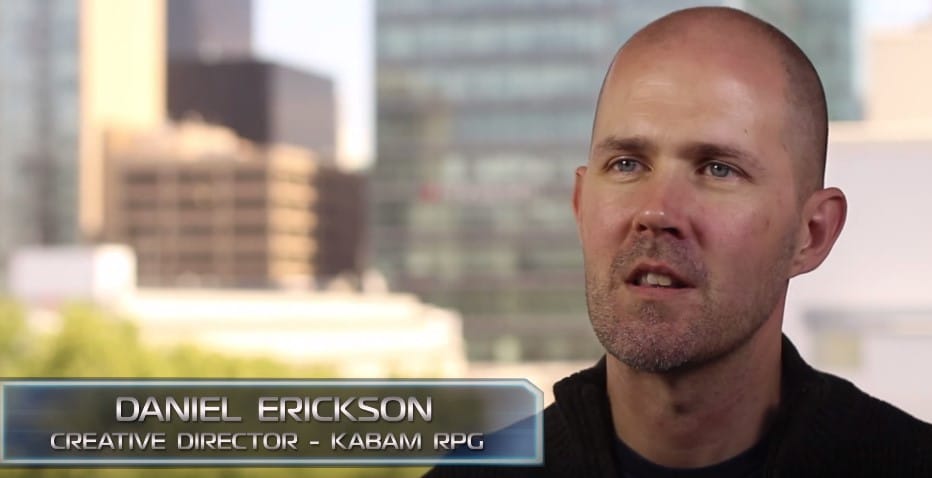 Curious what former Lead Writer for SWTOR Daniel Erickson has been up to lately? Well, his recent Tweet will set the record straight (sort of):

Sorry for the lack of updates lately. Deep in dev on Chapter 2. Which is literally more than 150% the size of the entire present game.

The former Bioware writer is now Director of Star Wars: Uprising and like those of us here, a BIG Star Wars nerd. I don’t know about you but I love seeing people who are truly passionate about games work on games. Being a writer myself, I also have a special kind of love for game writers. It’s why I was such a fangirl over meeting Erickson and Alexander Freed.

These guys are not in it for the money or for fame (so many don’t even recognize their names). They are in it because they love what they do and they put all of themselves into it. This is what turns mediocre games into legendary games.

If you want to learn a little more about Daniel Erickson, there is a great exclusive interview he did with Magelo back in 2012. Here’s a snippet:

Q: So gaming was always your dream job?

And BioWare specifically. BioWare is what got me into making games. In fact, KOTOR specifically. Originally, I was a critic before I got into games (and to making games). I had degrees in Ancient History and Play Writing. Writing had always been a big passion of mine.

It was actually playing the Mission/Zaalbar series from the original Knights of the Old Republic and going down the dark side path where you can actually have Zaalbar kill his lifelong friend. And I remember playing it, really being disgusted with what I had done and really feeling regret. Which was a very complex emotional concept from a game at that time. It really sparked me off, and it said, “Okay, we’re in the early days of storytelling in this medium but it’s going somewhere, and I want to be a part of that.”

Head on over and read the whole thing if you haven’t already and be sure to follow him on Twitter too for more Uprising updates.