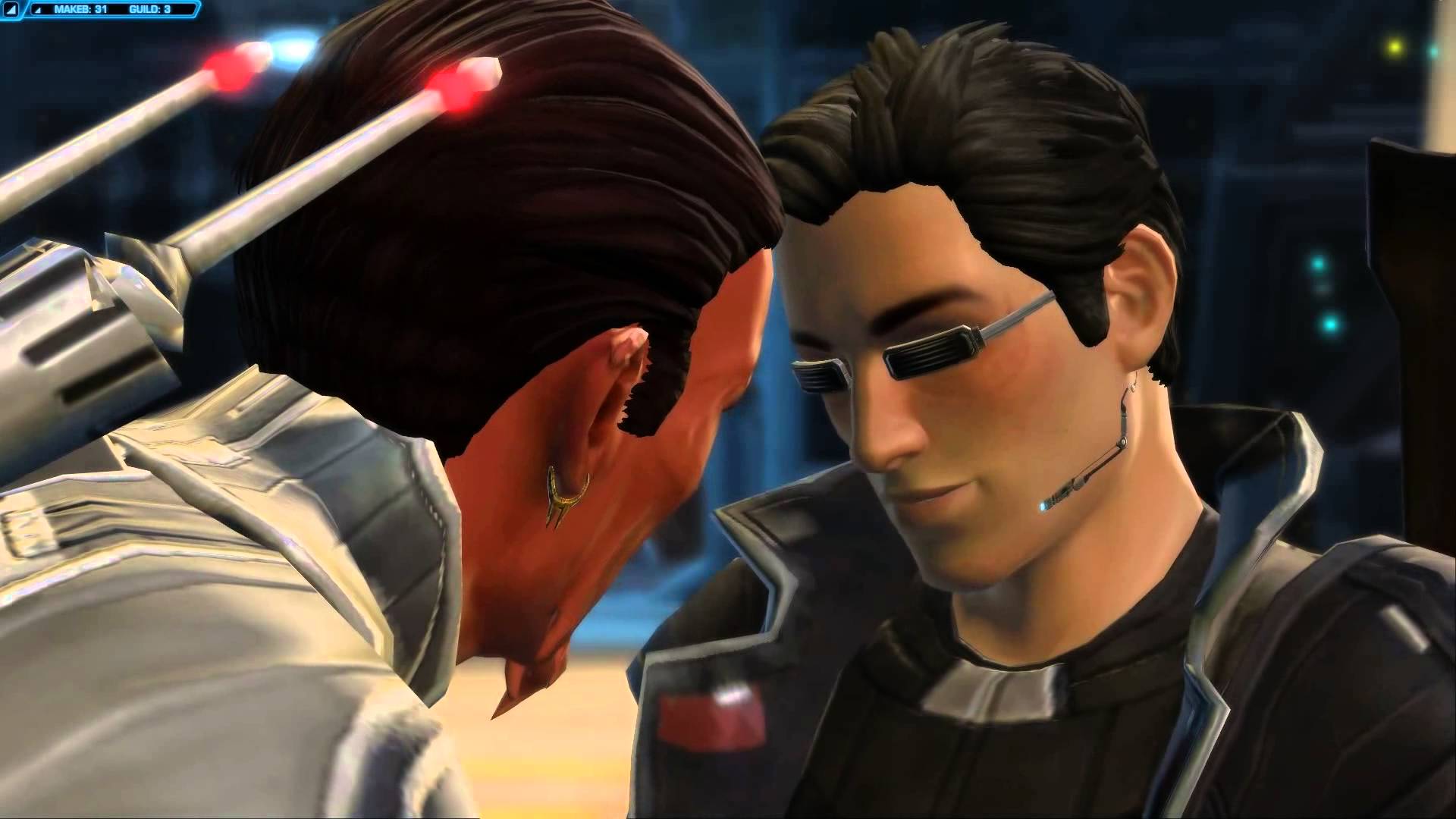 BioWare’s lead writer and developer for Mass Effect and Dragon Age, David Gaider, has decided to address the popular topic of sexual diversity in video games. Gaider is a 16-year veteran of the RPG studio and he recently wrote for Dragon Age: Inquisition. He began his interview by going over his reaction after he learned that BioWare’s 2005 RPG Jade Empire would allow gamers to have gay romances.

“I remember hearing about when they made that decision to put it in and I was floored,” Gaider told Video Game Sophistry. “I mean, I’m gay myself, so I felt it kind of odd when I heard about it, how shocked I was because I just never thought that part of my life had a role to play in work. Like I said, it just wasn’t done. I didn’t even really consider the idea, so when they made that decision it was like, ‘Oh, really?'”

Gaider also stated that there was quite a bit of apprehension about what the public would think about it. However, the team pushed to include this option and in the end, most of the reaction was positive.

“It’s nervousness from the people who have all the money, and they’re worried about the risk,” Gaider said. “And I think it’s from the people who make the games that are probably, I would say, lean liberal and educated and sort of what they assume their audience will or won’t accept. So, when the decision was made for Jade Empire, I think there was some apprehension, but I think also an idea that this was something that needed to happen. And I think when Jade Empire went out we were kind of surprised at how it really didn’t cause the kind of explosion that we had thought. And I think that made us a lot bolder.”

After the release of Jade Empire it seems that there has been a cultural development, as well as some resistance, when it comes to sexual diversity in the gaming world, according to Gaider. However, the overall amount of sales for BioWare games has not been impacted by this movement.

“There’s a certain amount of backlash but I think also a certain amount of support as well,” he said. “And I think what each time we’ve done that, what has become pretty clear is that from a bottom line standpoint, you could make the argument, I suppose, that if we didn’t include that maybe the game would sell more. You could also make an argument that if we didn’t include that the game would sell less.”

“We’re putting out something that appeals to players who don’t traditionally get represented in games, so maybe more of them come to play the games,” Gaider added. “Maybe it’s just enough to make up for the ones that are turned off by that. But, ultimately, it hasn’t really affected our sales insofar as we can tell. So, the idea of how commercial a consideration it is kind of goes out the window and we can focus on just doing the right thing.”