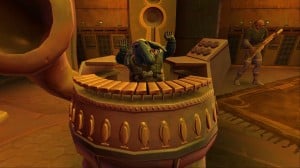 Transfers are now up but limited. You need to log into your account on swtor.com and go to “Character Transfers” to start the process. BioWare updated us about the process of migrating server last week, but it is still not obvious what servers the company is betting on.

New servers are being added all the time, so I’ll update this list in a few hours again.

But what do we know about the servers? If we look at some facts (or as close to facts as we can get, from torstatus.net):

Nothing says that torstatus.net is accurate, but it’s all we’ve got for any metrics on this.