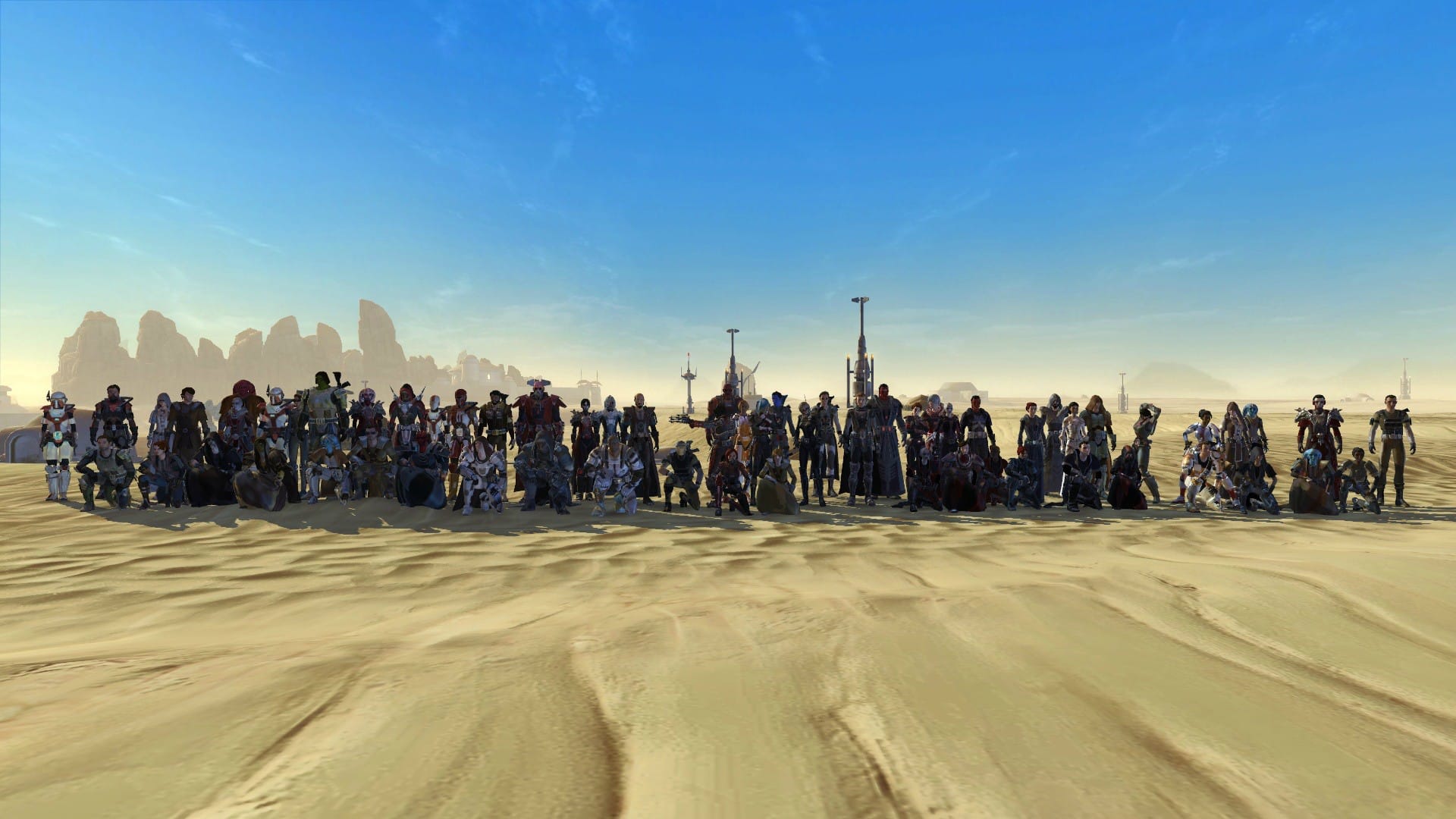 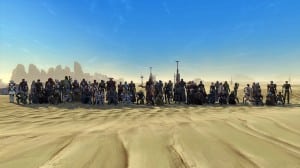 Some gamers still know how to have a good time and this Massive RP-PVP Event held on the Progenitor EU Server is a great example of that. The last game that I played where people did role-playing events was World of Warcraft. I was not on an RP server but (often out of boredom), players would get together to do something fun or silly.

We raided Hogger, we met in Elywnn Forest to goof around or we went to gank the lowbies if Elwynn (if we were on the other side). Once we made a huge batch of gnomes and had a naked dance party in the snow. I was never a huge RP-er but I always thought it was fun and interesting and I love to see what others come up with while roleplaying in a game.

While my experiences were short and silly, what these guilds did over on Progenitor was huge and impressive. It’s the kind of thing that proves that video games don’t rot your brain (or not all of them anyway) and it shows the creativity and ingenuity that some gamers still possess today.

Loads of planning and organization as well as creativity went into this event and it had to take many players all wanting the same common outcome in order to work well. I wonder how many people are wanting to transfer to that sever now that they see cool stuff like this happening?

You have to admit, even if you’re not an RP-er, while many are struggling to get a Huttball team to work together, constructing an event of this magnitude is impressive!

It lasted over a week and involved the servers biggest and dedicated RP guilds. And it wasn’t actually PvP based on character stats. All players except ‘Heroic Characters’ had between 13-14k HP. Heroic characters such as Guild Leaders (Typically Jedi Masters and Darths in character) could have up to 24k HP. During fights we went for cinematics, people under appreciate the awesome lightsaber parrying in this game when you use your ‘auto attack’ or such as firing blaster bolts at a Jedi and sometimes seeing them bounce back, power spamming was regulated to try and increase time to kill. When a player got to 25% they would /kneel to indicate they are injured, they could be healed by an ally or captured by an enemy sometimes they’d be captured and there was several rescue missions. It was really quite complex but Guild Leaders done well to keep their members inline.

The Empire won this one (And thus in character own Tatooine), but the next planet-wide battle is already being planned I’m told. There were many cool storys inspired by the films during the events and some epic 10 minute duels that were acted out as major keystones in turning the tide of the overarching story. The official organization thread.

They even made an Imgur Album for the best screenshots from the event: