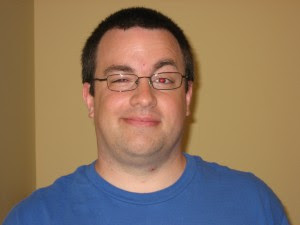 Interesting conversation was happening in the SWTOR forums today as Georg Zoeller addresses what he said might be a “resurrection of an old topic”. He talks about DPS in relation to classes and the class balance. Zoeller says you might a small amount more damage from a class that does not wear heavy armor but it really isn’t that simple at all because there are so many different variables that go into play when discussing DPS in the game.
Zoeller says:
“Different DPS specs have different amounts of CC, utility, etc. and that will reflect in their maximum DPS output. There’s consideration about damage being applied over time, ‘bursty’ or ‘not bursty’ damage, critical damage, damage tied to other effects like snares, the fact that damage can interrupt Warzone objectives, damage potential that can be purged or neutralized, the cost of energy/heat/Force/focus to create that damage, the ability to deal damage to multiple people at once or over time, etc, etc.”
He then goes on to give a practical example or two so we can all fully understand the concept, without having all played the game ourselves.
“If you have a utility ability in your rotation that snares, debuffs, stuns or otherwise debilitates the target but doesn’t deal direct damage, that’s time not spent doing direct damage. Seen over a single 1:1 encounter, a Sith Marauder might deal more damage in a shorter amount of time … but a DPS-focused Jedi Guardian might still win the encounter for using the right abilities at the right time to neutralize the Marauder’s DPS advantage and being able to soak a bit more damage.”
There are so many different things to take into consideration and it sounds like they are working hard to keep the balance among classes. Just because one class has the potential to have higher damage in one scenario does not mean that it will beat another class in a different scenario. Short term, single target fights, etc can all vary when it comes to the type of damage output you can see.
In PvP and PvE scenarios, there are many different things from utility, damage potential and survivability that all have to be considered. So DPS and potential damage are not as easy as saying “this class rocks” or “this class doesn’t”. I’m looking forward to seeing how it’s all going to actually pan out in the game.