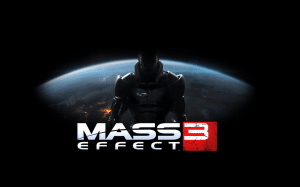 Hate the ending of Mass Effect 3 like so many others gamers? Peter Coffin has an excellent new video about this topic and if you’re a Stephen King fan, you’re going to love it as much as I did. If you have no clue who Stephen King is, it’s probably less funny but still humorous nonetheless. Check it out!

“The head writer on Mass Effect 3 gets captured by a crazed woman who makes him rewrite the ending.”