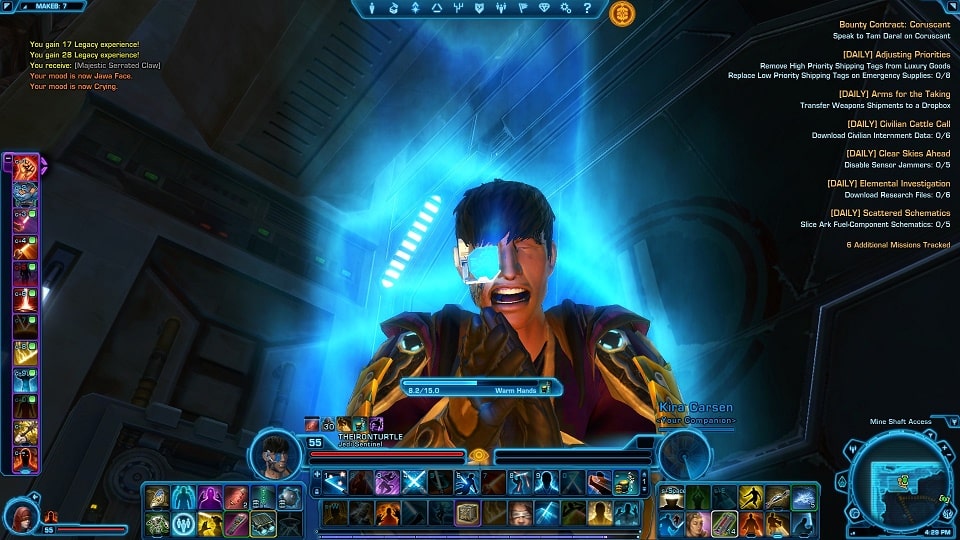 Servers are going down tomorrow for maintanence, and during this Patch 2.8.1 will be implemented. Below are the patch notes:

Reap the Spoils of War! The second phase of the Spoils of War event has begun and Warzones now give double Commendations and Credits! Get in there and go berserk! New Cartel Market Pack! The Club Vertica Nightlife Pack and Hypercrate is now available! Bounty Contract Week returns! The event runs from July 8th 12:00 GMT (05:00 PDT) to July 15th 12:00 GMT (05:00 PDT). Progress faster with a Double XP Week! Get twice the experience from July 1st 07:00 GMT (00:00 PDT) to July 8th 07:00 GMT (00:00 PDT). General

Despite not completing the proper incantations and rituals, I shall grace you will my patch note granting presence. One thing I do want to point out is that there are two Missions that will be reset if you’re currently on them mentioned: The Republic “[WEEKLY] Tactical Flashpoints” Mission and the Imperial Agent “Hero of the People” Mission. Also, there will be three additional notes added tomorrow post-maintenance.

Quote: Originally Posted by TheSeventhJedi Wait – what? Are we in for a surprise? Is it a nice one?