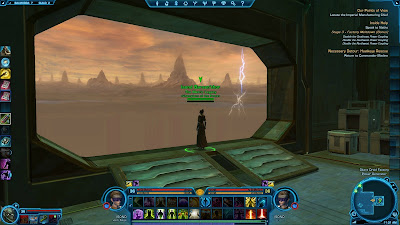 As we all know BioWare took down the servers for some weekly maintenance today. As always they took the time to upload a new patch fixing bugs etc. Normally I don’t mind the maintenance as I work while the servers are down, but this weeks I’m on vacation so I was quite sad that I couldn’t level my Trooper. Then I thought I would catch up with some good old World of Warcraft – only to find out that the servers was down there to:

Anyways. Below are this weeks patch notes. Enjoy!