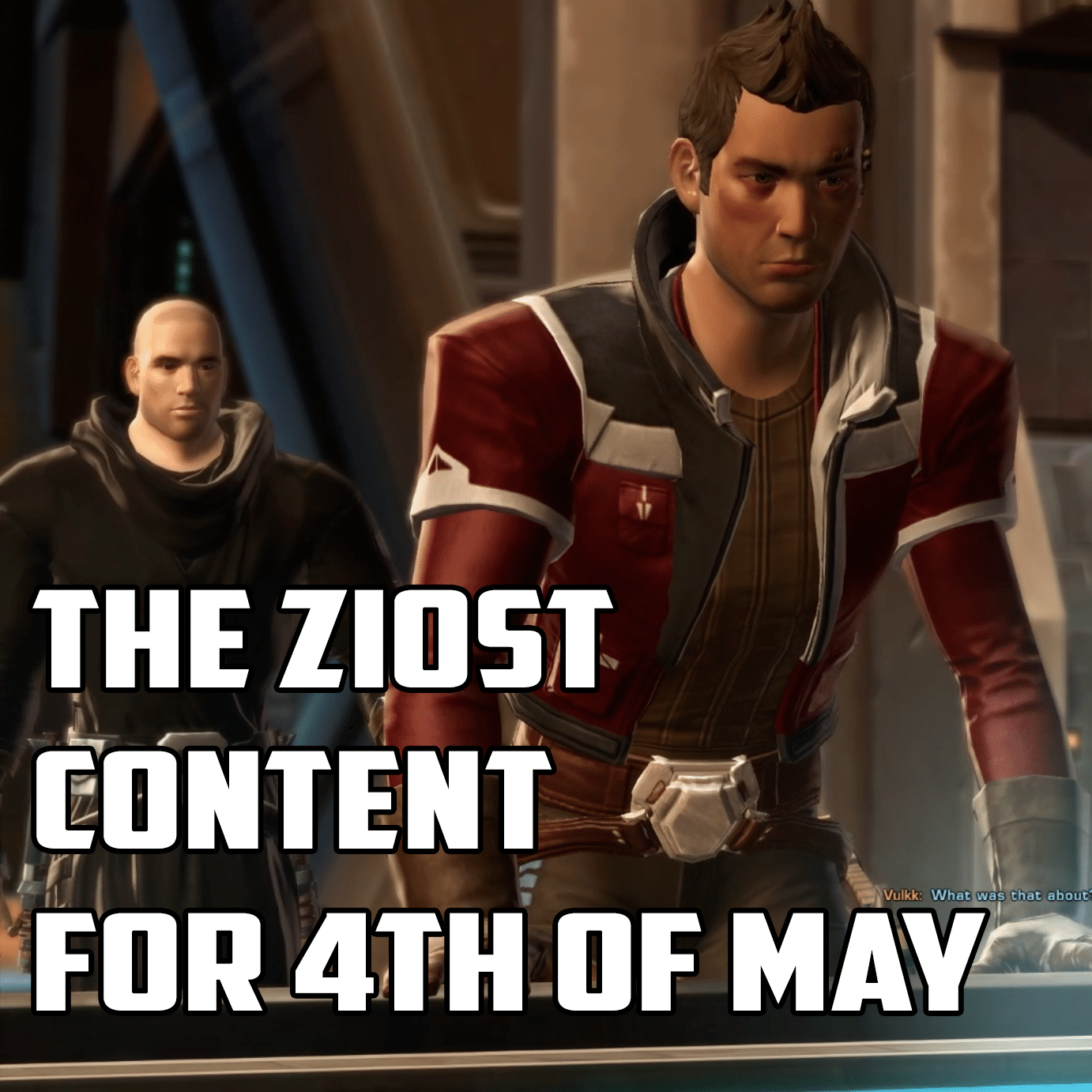 Today after a little bit of a delay Bioware launched the 12x Epic XP Boost. A bit earlier the remaining Story content on Ziost became available for players to explore and complere. Players now have access to:

♦ A couple of new  Cinematic Cutscenes showing the end of the Patch 3.2 Ziost Story Arc and a daily area on the new planet with a few quests;

♦ New Operation Boss called Colossal Monolith with Story and Hard Modes available for both 8 and 16 players.

In the videos below you will see the updates through the eyes of Vulkk (Sentinel, Republic Light Side).

Apocalypse on Ziost. The Emperor Vitiate is determined to eraze every creature or plant standing on his way. This epic conclusion of the Ziost Story Arc builds up the tension and prepares us for the greatest danger the World has ever seen.

New World Boss Worldbreaker Monolith , located in the new area of the new planet Zoist. Loot from the kill is included in the end of the video. A cool new Decoration dropped. Not a perfect kill, but a good enough one for a 1st kill.

New Operation Boss Colossal Monolith, located on Zoist. 16 Man Story Mode undermanned with 12. Loot from the kill is included in the end of the video. Not a perfect kill, but good enough for a 1st one .

Be sure to leave a comment – how did you find the new update? Did you like the end of Ziost’s story? What is your opinion on the new bosses?