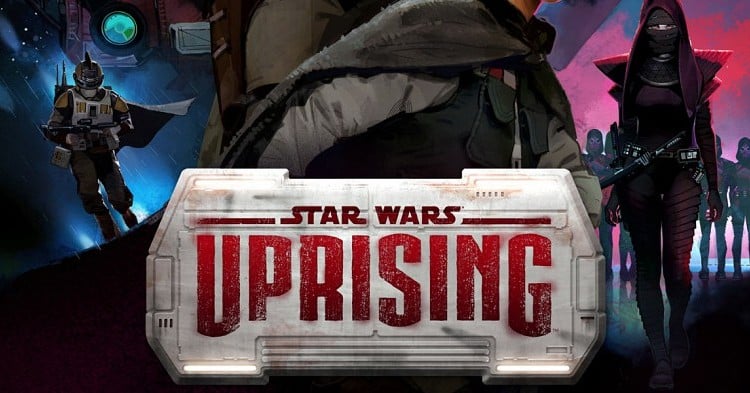 In this previous September, the Star Wars: Journey to the Force Awakens campaign began. This came along with a lot of brand new comics, books, and more clues that have started piecing together the 30 years that happens between Return of the Jedi and Star Wars: Episode VII – The Force Awakens.

The new mobile game called Star Wars: Uprising was released with the rest of the above. The game follows a smuggler who helps the Rebels when one part of the Empire creates a blockade around the Anoat sector. This then sections off Hoth and Bespin from the other areas of the galaxy.

The game will only be remembered as a way for players to be a smuggler, but it has plenty of hints in it about the future of Star Wars. One of these hints was initially found by a MakingStarWars reader, Shi, and this inspired others to do a hunt of their own.

Found a whole campsite of First Order logos while trashing bucketheads. It’s like they’ve got some kind of base here! pic.twitter.com/0NuskwfLN1

One person found on the planet of Hoth, campsites that have been put up during the years that followed the Rebels’ defeat in Empire Strikes Back. In the chaos of the debris, it seems that the seedlings of the First Order were created to start. Let’s take a closer look into this. 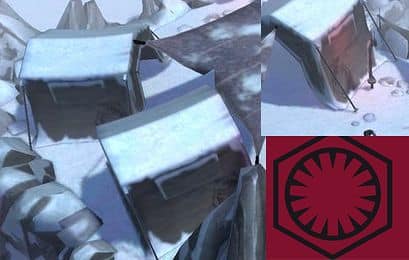 In Star Wars: Aftermath, the new novel by Chuck Wendig, it showed that the Empire is retreating into the outer parts of space to try and reestablish their selves, and one of the former allies of Emperor Palpatine, seek out the origins of the Dark Side. The Anoat sector is situated in the Outer Rim, and since the Sith-obessed Imperials are moving outwards, it’s not too far to think that the last commanders of the Empire have already started establishing a new base there.

This lead one writer to wonder if this was the beginning of Starkiller Base. It seems that not many people want to see the planets as they have before. It’s easy to think that Hoth is not the same as they once remembered and will be completely different once The Force Awakens is released. It’s easy to think that the First Order began on Hoth has branched out and could actually be returning to base in Episode 7, hoping they will defeat the Resistance in a new way that the Empire couldn’t.

This is all just a theory, of course. In the end, Starkiller Base could completely exist on a different planet. However, to some, it seems that the First Order is returning to Hoth for the same type of glory that the ones before them achieved on the day that Luke Skywalker’s co-pilot, Dak, had his final flight.