Damion Schubert takes some time out for a long post on the official forums about community and how story does not kill it.
The TLDR version:

“What is going to be good for any particular MMO’s community is going to be wildly divergent between MMOs, depending on each MMO’s focus and feature set. We’re continually keeping an eye on our community to be sure that they remain healthy, but for the most part, there are some really neat interactions going on.” 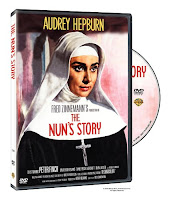 This is a great post to read over although commenters have varying opinions on how they feel about the topic. Some people feel the forum moderators and staff do not have the interest of community as a top priority but others feel strongly about the positive SWTOR community, stating it as a big reason they want to purchase and play the game.

Schubert says they want it to be more than a “standard MMO with Glowsticks”. Because of this, there are some areas where they are willing to take big chances. With big chances always comes the possibility of failure but there’s also the possibility of greatness. One area in which they are taking chances is with the story. This is why we hear over and over how important the story is to SWTOR and also why they are working so hard to preserve it and avoid spoilers. The story is really the key focus of the entire game.
But, as Schubert explains, story is a two-part process. In addition to the plots and characters, there is the delivery of the story. The delivery can be just as important as the story itself. When they say “story” they don’t just mean that they are telling a good story but they also mean they are using the best BioWare practices to really make you feel like you are part of the story, living the experience. That’s what it’s all about for SWTOR.
This is why the community is still so important. Schubert says, “We devote a lot of time — and a ton of energy –to being sure that we have features that build and encourage community in the game.” This is what takes it past your RPG level story and turns it into a real MMORPG. Some community features are tightly integrated with the story and others are complete separate from the story and are created only to bolster the community spirit and encourage social interaction.
While the story does create some limitations, such as which side can play certain classes, it also offers many communal benefits to the game and the community as a whole.
What do you think? Do you like Schubert’s explanation? Do you agree? Why or why not?
In the end, an MMO is really only as good as its community.