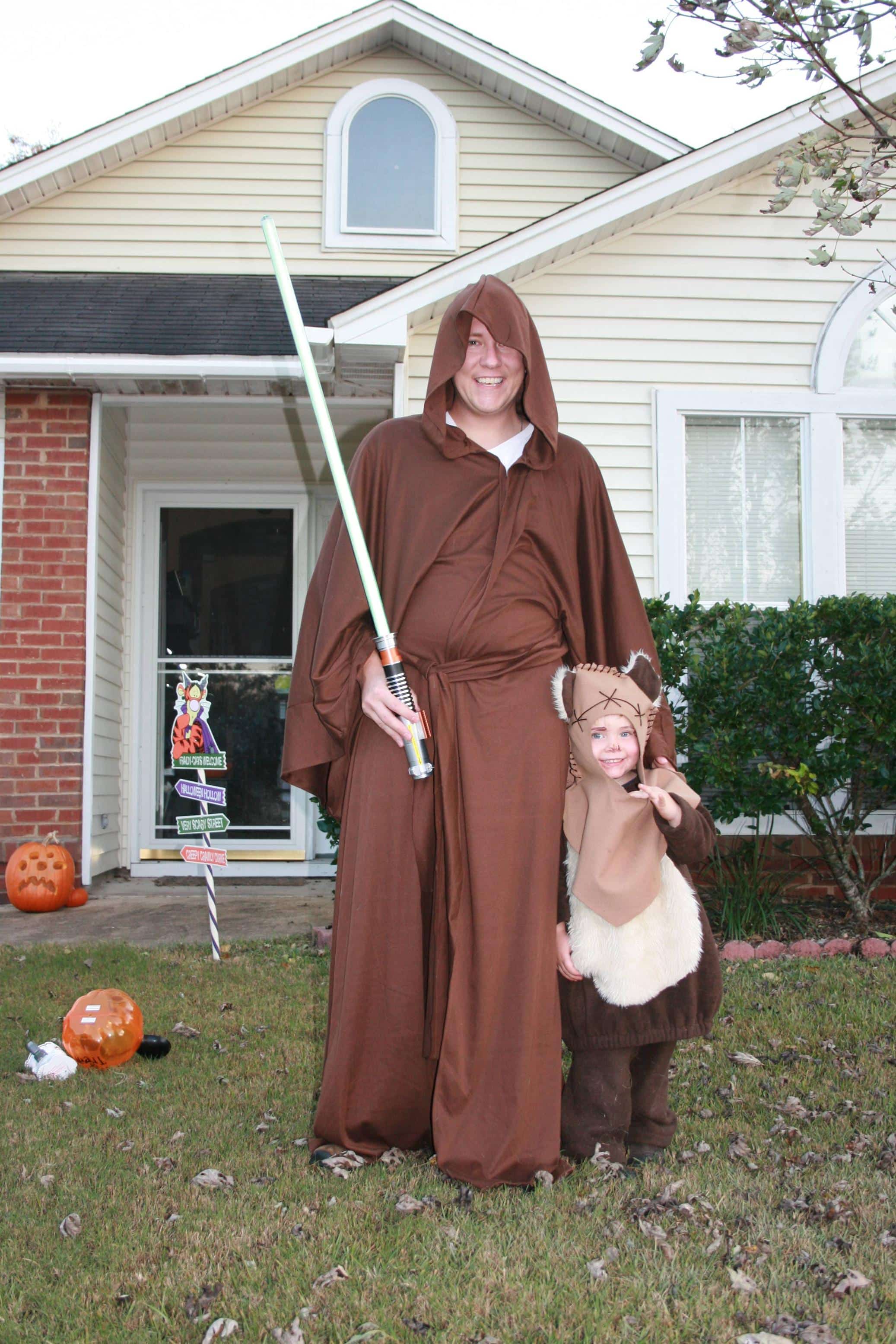 Did you show your Star Wars support for Halloween? There were SWTOR and Star Wars themed costumes all over my neighborhood and even more found in the online communities such as Star Wars and gamer forums and Reddit. A friend of mine goes every year as a Jedi with a homemade

Here are some other great SWTOR and Star Wars costumes:costume and an amazing lightsaber he made himself. This year, his daughter went with him in costume as well.The Ewok and his dad photo we found from a post on Reddit. Both costumes were handmade and it looks like this father and son

had a really great time! We saw baby Yodas and young Jedis, a Wookie, Sith Sorcerer and Princess Leias. Taking to the Internet, we found some families going together in theme, friends pairing up to attend holiday parties as their favorite characters from the game and more. Here is a Zabrak Sith Warrior.

But costumes are not the only way people are finding to show off their love of Star Wars/SWTOR. There are also some great carved pumpkins and other decorations keeping in theme.

Planning your costume for next year? If you want a lightsaber of your own, one place to find them is Ultra Sabers but everyone says you need to order months early because they get really backed up.

Have you done a Star Wars/SWTOR Halloween costume this year or in year’s past? We want to hear about it and even better if you have pictures you can share with us!