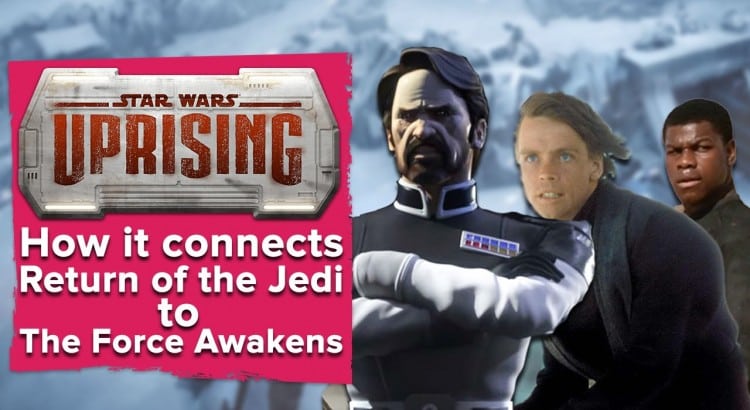 Star Wars games have a long history. While some have been a hit, others haven’t been. Some of the games capture the rich universe perfectly and makes it even enriched further.

Others have used Star Wars to make a quick buck off of the fans and some should have probably known better when they purchased Kinect Star Wars.

Star Wars: Uprising is a free mobile game and it connects some of the dots between Return of the Jedi and the upcoming installment of the Force Awakens. How much of the intervening period will it reveal? You have to play for a little while to find out or you can watch a video that this page is linked to at the bottom. The video is from Ian and he shows off some of the story’s opening scenes.

Uprising is a type of Diablo dungeon crawler and its main focus is on loot and customization. After playing it for a little while, Ian said that it’s “a bit of a grind but still quite fun.”