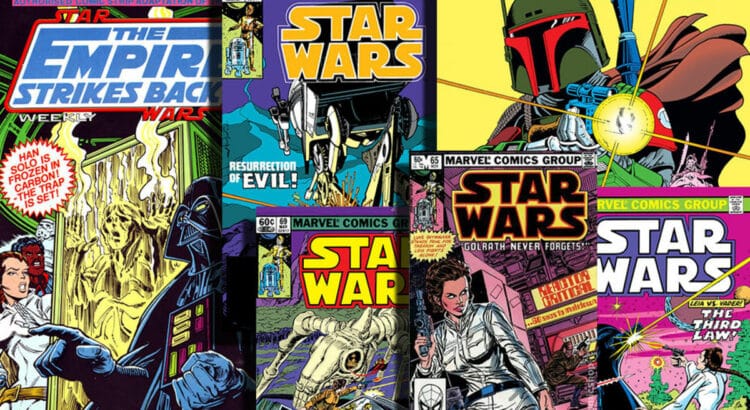 Star Wars is like a party’s main head-turner. Almost everyone knows about it or generally has an idea about it. It’s one of the pillars that established pop culture and a franchise that will never be “too old” for the present time. First published in 1977, the legacy of this comic book surely continues to live on. If you’re thinking of starting to read one of the most famous comics to ever exist and are afraid, you might miss out on things or get lost with the number of books there are, don’t worry, we got you covered!

For all of you Star Wars newbies out here, we have listed down some of the top star wars comics you can enjoy as you continue to venture onto the greatest space of magic and fantasy.

May you be an old fan or a new one. We’re sure you’re pretty familiar with the names Luke Skywalker, Princess Lea, and the infamous Chewbacca. To keep you interested in the entire comic book, it’s nice to start with something familiar.

Star Wars Vol.1, known as the Skywalker Strikes, is about a group of rebels, known as the ragtag rebels, fighting for their freedom from the infamous anti-hero Darth Vader along with the emperor of the Dark Empire. In this book, the rebels will be led by Luke Skywalker, Princess Lea, Chewbacca, R2-D2, and lastly C-3PO. Each character, with their motivations, will go on a magical space adventure together to fight for the freedom they have lost and for the people they want to protect.

We can’t possibly miss out on the best charmer in space, won’t we? In this Marvel comic series produced by Dark Horse, you will witness the journey of the infamous Lando before he escapes to Cloud City and during his early times in the rebellion.

What’s his main goal in going on an adventure, you ask? Well, he’s planning to steal not just a magical weapon or any other small things one can easily hide in their pockets. This charming protagonist has his eyes set on a big, supreme ship! With the help of Lobot, our notorious charmer will lead a truly adventurous and quite rebellious journey using the thing he’s most good at as his primary weapon – his oozing charisma and charms.

Despite the whole franchise being written in a time when women are slightly deemed inferior to men, Star Wars still portrayed an epitome of a strong, independent woman being the main protagonist in the form of Miss twi’lek Aayla Secura.

Aayla Secura is a beautiful, force-sensitive, Rutian twi’lek woman. She’s not only known for her looks but is also admired by fans for her intelligence and power. Aayla Secura is the Jedi General of the Grand Army Republic who served during the clone wars. Doing her work undercover to help her clan succeed, Aayla Secura will go on a journey of self-discovery and improvement. She goes head-on with one of the most notorious Jedi killers and the infamous bounty hunter from a galaxy far away – the well-known Aurora Sing.
Now that you have some ideas to help you get started into Star Wars’ amazing magical space, we only have a few things left to say. Always remember what Ahsoka Tano remarked: “First times are usually unforgettable, may it be bad or good.” So, start your journey now, and may the force be with you.