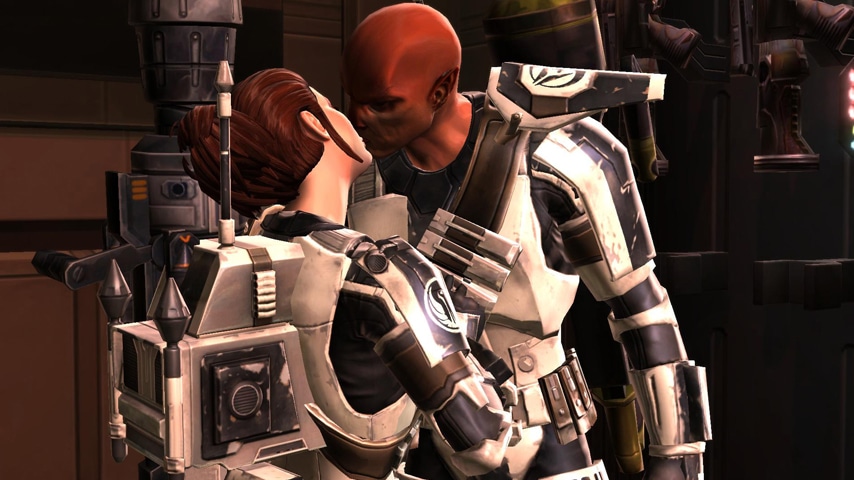 It was a busy day yesterday, so somehow we totally overlooked the newest installment of Companions 101. This time BioWare’s Courtney Woods talks about our all time favorite Cathar – Aric Jorgan.  Jorgan is a male Cathar and a companion for the Trooper. He joins the player at the end of the Trooper’s Class quests on Ord Mantell. His primary role is that of Ranged DPS, and he is a romance option for the female Trooper.

Efficient, loyal, and a perfectionist, Aric Jorgan is the ideal Republic soldier – and he knows it. Raised to be an officer, Aric is confident in his skills and doesn’t waste his time with niceties or politics. His credentials include four years in the academy and seven years in the field. Most notably, Jorgan was a part of the illustrious Dead Eyes, the finest sniper squad in the Republic. Eventually he was offered a promotion and a post on Ord Mantell. Aric views his assignment on Ord Mantell as just another stepping stone in his career. He wants to fight Imperials, not Separatists. When the Trooper meets Jorgan, he is fast on his way to becoming Captain. Jorgan is coordinating the efforts of Havoc Squad and the Republic’s Ord Mantell Infantry Command to search for a highly dangerous bomb. 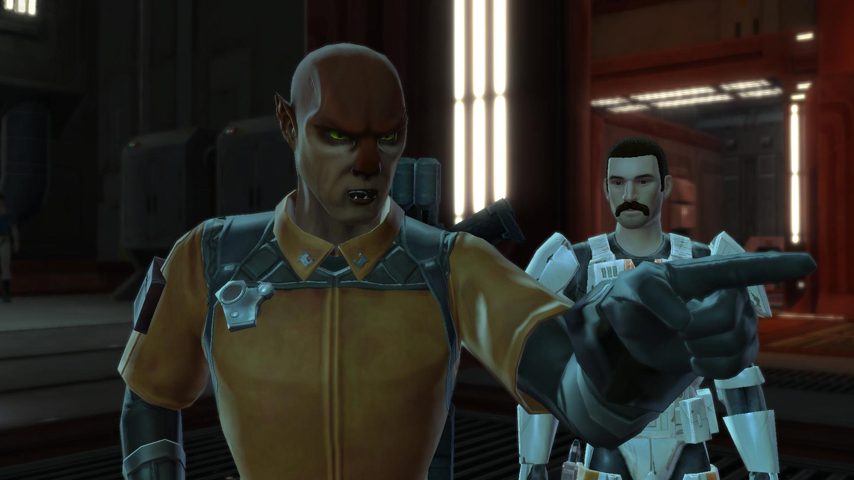 “I’ll make this completely clear, rookie – when you’re in the field, what I say goes. Period.”

Jorgan sees the Trooper as a rookie – one with raw talent, but still inexperienced in the field. He doesn’t want any success they have to go to their head and make them overconfident. His highest priority is the success of the mission and the safety of his fellow soldiers. He isn’t going to let some “hot shot rookie” endanger this. Jorgan joins Havoc Squad under less than ideal circumstances. I asked Charles Boyd, the writer behind the Trooper storyline, to clarify Jorgan’s motivations for staying with the Trooper:

“Jorgan’s initial motivation in Havoc Squad is revenge.Working with the Trooper is his best shot at taking down the traitors who betrayed the Republic and (seemingly) ruined his career. But with time, Jorgan realizes that he prefers doing things the Havoc Squad way. Taking the fight to the Empire personally, rather than dealing with the politics of advancement and the detachment of directing missions from a stuffy command center.”

While Jorgan’s demanding personality makes him dependable on the battlefield, his sternness can become a pain to deal with away from the frontlines. He is a difficult man to get to know and since his demotion on Ord Mantell, Aric has become increasingly disgruntled. This Cathar values actions more than words, so if you want to break down his barriers and gain his respect you will need to prove with your actions that you are worthy of being the commander of Havoc Squad. This means getting the job done without reckless risks, not getting caught up in bureaucratic politics, and having the utmost loyalty to the Republic. Aric is extremely loyal to the Republic. While it is known that the Empire and the Mandalorians have wronged the Cathar in the past, I asked Charles if something happened to Aric personally to cause such devotion to the Republic:

“Jorgan never suffered personally at the hands of the Sith before enlisting, but his homeworld of Rendili hosted many millions of refugees who had. Seeing the kind of suffering his own ancestors had endured in generations past, Jorgan felt he had a duty to fight back against anyone who would inflict such pain on innocent civilians.”

This intense feeling of duty Jorgan feels leaves no room for failure and he expects the same from those around him. He also has no time for excuses and needless sacrifice. You won’t be able to gain his admiration easily, but if you can infiltrate his barriers, you will find that Aric Jorgan is someone you definitely want on your side. 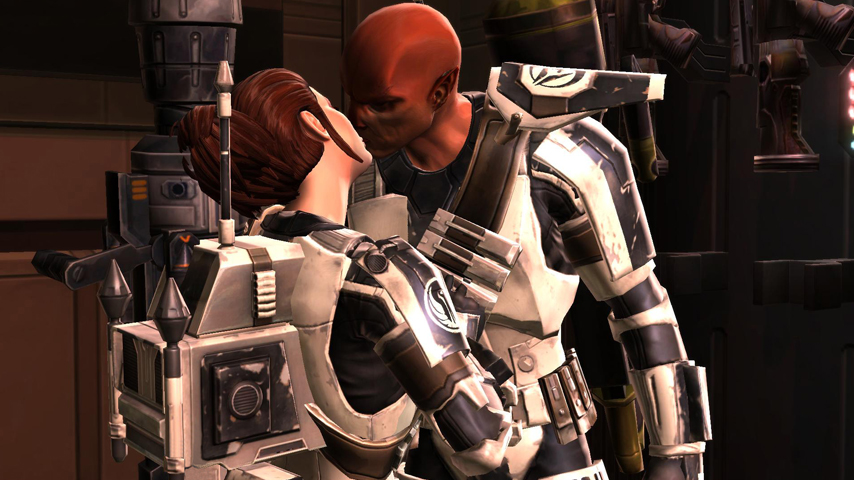 “But for all the rules and regulations telling me otherwise, you’re the one thing I’ll never give up.”

Having a romantic relationship with your superior officer isn’t exactly something a Republic soldier would want on their record. Luckily for those who wish to romance Aric Jorgan, he isn’t a man to stick by the book. As long as you make it clear he isn’t crossing any lines and that you also have feelings for him, it is possible to have a relationship with Aric. However, he does fluster easily in romantic situations. I asked Charles if he had any advice for the Troopers out there trying to claim this Cathar’s heart:

“Jorgan looks for a partner he can respect: someone who’s strong, decisive, and practical, like himself. That said, relationships really aren’t Jorgan’s strong suit; there probably isn’t anyone who would describe him as a “people person” in general. He has a particularly hard time when it comes to sharing the kinds of close personal feelings that develop in a romance. But anyone patient enough to work their way past his initially abrasive exterior will find a man who’s fiercely loyal, dedicated, and surprisingly affectionate.”

There’s sure to be some bumps and awkwardness along the way, but if you stay by Jorgan’s side you will have a loyal mate for life. A good way to move things along quickly is to remember Jorgan’s likes and interests, so be sure to give him weapons and military gear from time to time.

Life on the BT-7 Thunderclap

Aric and the Trooper may have been the first members on the newly formed Havoc Squad, but the crew is growing quickly. As we have mentioned before, Jorgan is a remarkable soldier, but his gruff personality can brush people the wrong way off the field. So what does Jorgan think of the rest of the crew? Charles gives some details on Jorgan’s opinion on the other members of Havoc Squad:

“Jorgan sees the rest of Havoc Squad more as colleagues than close friends.They’re together to do a job, not to become buddies. That’s not to say he doesn’t have opinions on the others, of course—far from it. He just tends to assess them based on work effectiveness more than their personalities:

The Many Faces of Aric Jorgan

Companions have always been an important aspect to BioWare games and it is no different with The Old Republic. However, since Star Wars™: The Old Republic™ is an MMO, the developers felt like a feature had to be added so that the player felt like there was uniqueness to their Companions. This is where Companion Customizations come into play. These customizations are purely aesthetic, leaving your choices in game to influence your Companion’s personality, but it is a great feature to further shape your own Star Wars™ saga.

Aric Jorgan has four standard customizations to choose from. Take a look at the screenshots below!

Show your love for this grumpy Cathar with some of these Jorgan wallpapers! 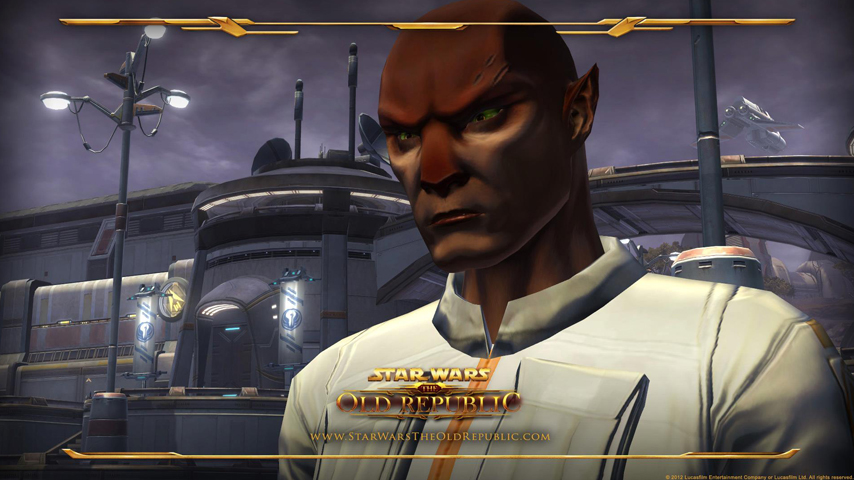