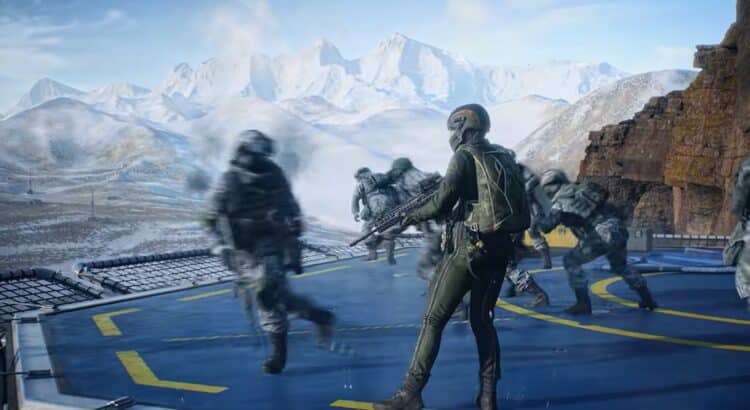 Battlefield 2042 is scheduled to launch on October 22, 2021, and according to EA DICE, Battlefield 2042 is bound to be the most ambitious installment of the franchise with 128-player maps, a significant improvement over the 64 players that can play on Battlefield V, new weapons and gadgets that one can use, AI bots and an all-new gaming mode Portal Mode.

Battlefield 2042 is bound to be a significant upgrade on the record-breaking Battlefield V, and pre-release reviews have stated the same. Here are things one needs to know about Battlefield 2042 and you can check more information offered by battlefield hack providers here.

As mentioned above, the global release date of Battlefield 2042 is set at October 22, 2021, although one can pre-order the game right now and get access to the public beta. Bear in mind that it is beta and does not offer everything the final release promises to do.

Battlefield 2042 would be available on PC, Xbox One, Xbox X/S, PlayStation 4, and PlayStation 5. The Gold edition of the game, which would include early access, a one-year premium tier battle pass, and various cross-gen cosmetic bundles, is priced at $89.99/£79.99 for PC and $99.99/£89.99 for other platforms.

The Ultimate edition offers, in addition to all the perks available with the Gold Edition, an exclusive soundtrack, a Midnight Ultimate cosmetic bundle, and an official digital artbook. The price for the Ultimate edition is set at $109.99/£99.99 for PC and $119.99/£109.99 for other platforms.

As with every Battlefield installment, their story is compelling in Battlefield 2042 as well. The game is set in 2042(obviously), the world is ravaged by the disastrous effects of climate change, and most of the world is in tatters. The European Union has imploded, and due to the earth losing 70% of its satellites in 2040, the world is in a blackout state. This blackout and the heightened tensions between the US and the Russian Federation result in hostility breaking out in 2042.

According to EA DICE, they are looking to provide a more sandbox experience to the gamers through Battlefield 2042 compared to their previous iterations. The gameplay will offer vehicular combat, in-game weapon customization, and impressive weather effects, which will severely impact players’ combat.

Since the game is based in an apocalyptic world, a gamer can expect that their only challenge would not just be the enemy combatants but the weather conditions as well. With new futuristic weapons, gadgets, and vehicles, Battlefield 2042 gameplay would sure set new standards in the gaming industry.

Battlefield 2042 will not feature the class system, which has become a prominent part of the Battlefield franchise. The classes are replaced with newly introduced Specialists. Every specialist has their own unique backstory, abilities, and gadgets and can use any weapon unlocked by the player.

In addition to the all-time favs Conquest and Breakthrough, Battlefield 2042 would offer its players two new game modes, Hazard Mode and Battlefield Portal. And although not much has been revealed to the public about Hazard Mode, according to the statements made by DICE GM Oskar Gabrielson, one could make an informed guess that it will be a more squad-based experience; ‘high stakes, squad-based experience’ is how it is being promoted as.

Battlefield: Portal is a revolutionary game mode offered by Battlefield 2042 where the gamers can customize everything imaginable about the gameplay. Scenario, weapons, rules, maps, everything is on the table for one to customize according to their wishes. Such is the popularity of this mode and the game as a whole that one can easily find battlefield hack providers for Battlefield 2042 months before the game is set to launch!