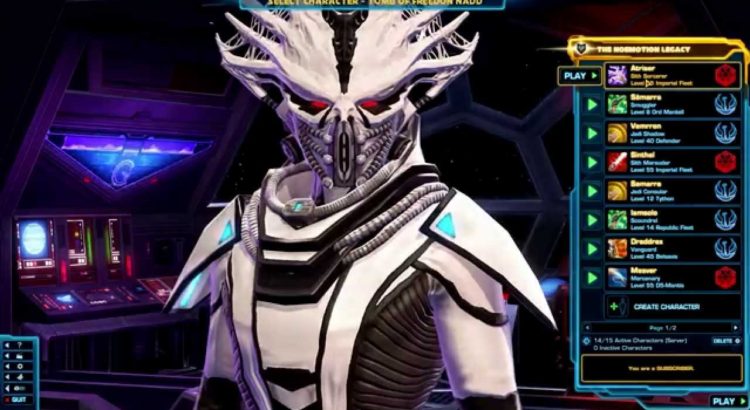 Eric Musco took on the forums to update the community on the  character slots increases post server merge.

One of the questions that has come up regarding United Forces is character slots and what will be happening for everyone. After the update, it is possible that a player could have more characters than they have slots currently. For subscribers they will still be able to play all of their characters (even if they go over their slots) but they can’t make any new characters. We wanted to do our best to alleviate some of the issues for not only subscribers, but F2P and preferred status players as well. Here is what you can expect to see changed on November 8 alongside United Forces:

These new slot numbers are separate from any character slots which you have purchased. For subs, we are basically adding 12 character slots per server to your account (by making the new default 24 instead of 12). Ex:

This should give a bit of breathing room for players, especially if they played on more than one server which will be brought into a new server on 11/8.