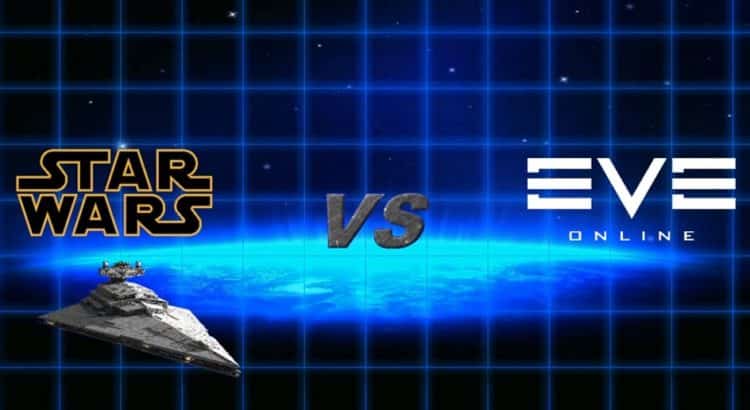 How does Star Wars stack up against Eve Online? Here is a three-part video series that compares the two. It’s actually interesting and can be a lot of fun to think of the different scenarios that could exist, the different ships and how they fare against one another. The first video runs a bit long (about 16 minutes) but it’s worth it and the 2nd and 3rd parts are shorter so go ahead and check it out for yourself. Basically, they set up a story-based scenario where a Star Wars ship is paired with a ship from EVE Online  to see which would win and how they would match up.

I find this really interesting and fun because I’ve always loved Star Wars and when I first saw EVE Online, I compared it personally to Star Wars. I couldn’t wait to try out the game myself, fly the ships, and pretend I was flying a Star Wars battleship. Obviously, I am not the first nor the only to make this comparison and now we can see a fun story about what might happen if these two really matched up head-to-head.

After the Battle of Endor the Star Destroyer makes an emergency jump and ends up in the New Eden star cluster where it must defend itself against a capsuleer pirate in a Machariel Battleship!

Episode 2 of the Avenger’s adventures in the New Eden star cluster mean that the endangered ship must survive long enough to find help and sanctuary! Will they survive?

An Imperial Fleet of Star Destroyers, Star Dreadnaughts, and support ships has arrived in New Eden and wants to stake a claim! Will they succeed?