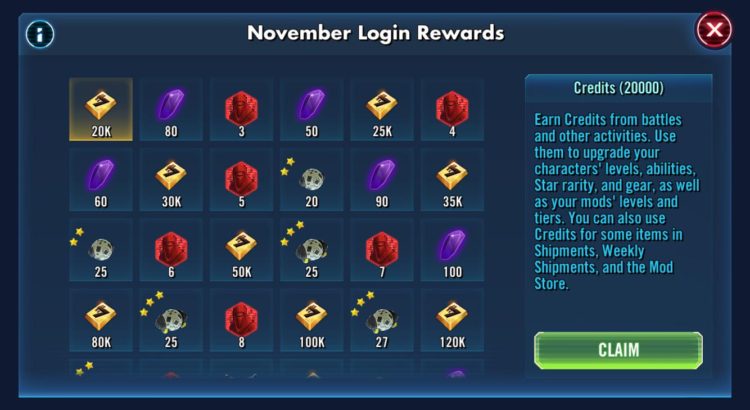 Here is a list of some of the upcoming events in Star Wars: Galaxy if Heroes for November 2019. As allways you have to remember that all dates are subject to change.

DISCLAIMER: ALL DATES ARE SUBJECT TO CHANGE.

Royal guard? thats weird in the middle of the transition from Episode 2-3 content to 8-9…. some event related with the emperors shuttle maybe?

They had Emperor’s shuttle in the $20 pack they had in the store the last day or two. I’m not sure what kind of an event would require palps shuttle though… at least, not with the current content roll they’re on (as you acknowledged).

I do anticipate a sith capital ship helmed by malak or nihlius to drop at some point, but… with kenobi just hitting the arena now and malevolence presumably on the way, that sounds weird to me.

Anyways. Here it is: