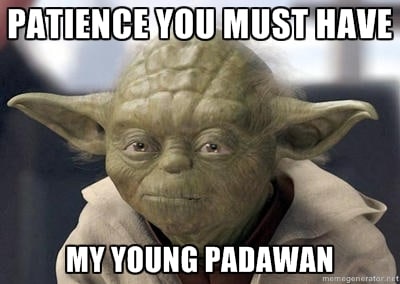 It’s the last day of the month and of course speculation is high about what the next SWToR expansion announcement is going to be. Fans have been talking about it in various places, including the official SWToR forums where Bioware is always keeping a close eye on what’s going on. One SWToR fan’s excitement caught the eye of Bioware and solicited a response from Senior Producer, Bruce McLean:

Stay back, I’m holding a thermal detonator! To answer your question about the expansion announcement:

Soon™! We are holding the announcement back a bit to add something really nice for subscribers, and we’ll be revealing all shortly – a couple of weeks at the latest. The delay of announcement has no effect on the expansion schedule, and we are still sticking to our commitment of launching it this year.

This is a great question (or questions?), that I think are on a lot of folks minds. As you can imagine I can’t go too deep into the rabbit hole in talking about our internal processes but I can give it a go.

In short, the process we go through internally to announce something as big as an expansion is actually quite complex and extensive. Although you are correct in that the end process may be a video, a landing page with some copy, etc. the process to get there requires a large amount of moving parts across multiple teams. Aside from just the assets and webpages there is arguably one of the most important aspects of these types of announcements, the game!

By the time we announce we have to have a concrete idea of what will be coming in the game with the expansion, what types of perks we might give our subscribers, etc. Unfortunately with so many moving parts, we can sometimes run into the scenario like we did today. If we are not 100% confident in what we are going to put out, for a multitude of possible reasons, it can lead to a delay of announcement.

I would caution not to read too deep into what I said above. It is somewhere in the cog of those moving parts that this delay happened, but ultimately our goal remains the same: to get you as many details about this expansion as soon as we can!

It appears that we have to wait for a little bit more time until the official announcement is made and until the final touches are complete.

Patience you must have young padawans!