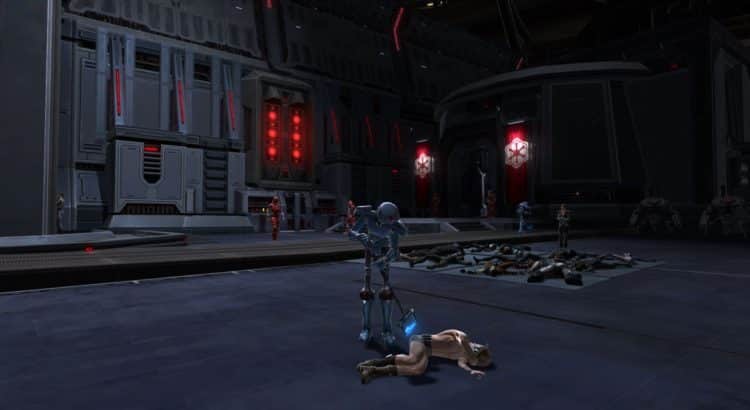 SWTOR Game Update 5.10.1 witch is called Wretched Hive is set to go live on Tuesday next week. Here is a run down of what to expect:

The Sith Empire’s ruthless assault on the Jedi colony on Ossus began with Darth Malora, who created her own breed of mutated Geonosian warriors to use as shock troops for the attack.

But before she created her insectoid army, Malora first had to create their master and originator. Left unguarded and unsupervised, this mutated Geonosian Queen is now unleashing countless waves of her monstrous spawn to dominate the planet’s surface!

Gather your most skilled and reliable friends to face this deadly challenge, acquire powerful new Masterwork weapons, and more!

A mutated Geonosian Queen stirs beneath the surface of Ossus, giving rise to an endless army of deadly monsters!

New rewards and token changes will be coming with the end of Season 10.