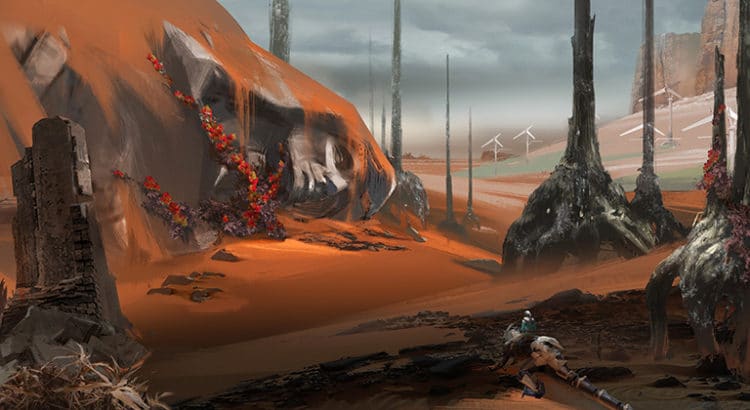 In Game Update 5.10 ‘Jedi Under Siege’ we saw the return of several characters. How did you decide which of these familiar faces players would see?

Probably the biggest example here is Darth Malgus; I always felt he was a bit shortchanged in the core game’s storyline, given that he’s easily our most iconic and recognizable Sith character. That said, I didn’t want to bring him back until his return would feel like a natural part of the story. Now that we’ve returned to the core conflict of Republic versus Sith Empire that Malgus himself originally kicked off, it seemed like the right time to bring him back into the fold.

Master Gnost-Dural is an interesting case, in that he never actually appeared in the game before this update, but was a major character in our pre-release timeline videos as well as Drew Karpyshyn’s SWTOR novel, Annihilation. It was actually Drew who suggested using Gnost-Dural when I was first outlining the Jedi Under Siege storyline! Given the setting of Ossus and the goal of preserving the Jedi and their teachings for the future, he was just a perfect fit of character and story.

Malora was probably the one character in this update that no one expected to see again, given that her previous role was fairly minor. I needed a Sith who was focused on biology, and ideally someone whose “career” had started around the same time as a Sith player’s so that they would feel more like a contemporary rather than a superior. And I loved that Malora would automatically have a bit of history with players who had completed her mission on Korriban, so she was a perfect fit.

On a similar note, what about the new characters?

With Tau Idair, my goal was to introduce someone who could grow to become an iconic hero in the same vein as Satele Shan, since Satele has moved beyond her role as the Republic counterpart to Malgus at this point. Tau personifies a lot of the inherent conflicts and challenges of being a Jedi, so I think she’ll be a fun and interesting character for players to interact with as the storyline continues to unfold.

Along with Tau, we also introduced General Daeruun on the Republic side. I feel like we’ve historically overdone it a bit on the number of Republic authority figures who are morally questionable, ends-justify-the-means types (probably because they’re so fun to write!) So Daeruun is meant to go the other direction, embodying all that’s good and noble about the Republic and its goals.

The last of the new characters is Major Anri on the Imperial side. Anri is meant to show how the Empire has evolved over time, to the point that an alien and former slave can now become a decorated military officer. I also really wanted to include the perspective of an everyday citizen (rather than a Sith) as a part of this update, so that players could feel like they were getting a more complete picture of the Empire’s current status.

What were you most excited to have players experience in this update?

It’s hard to pick just one thing – I’m really proud of the whole update! Seeing players connect with the new storyline and start theorizing about where things will go from here is always really exciting for me. I’m also particularly proud of the little hidden elements we were able to include, like the various references to the Tales of the Jedi and Dark Empire comics that are scattered around.

What were some things you wanted to do differently with Ossus compared to previous planets?

It had been a while since we featured a big, wide-open planet where you can just wander around and explore freely, so I wanted to be sure we hit that note. I also wanted to be sure we had a strong difference in feel between the Republic and Imperial storylines, with very different motivations involved for each side. We were also able to get some dynamic weather effects on Ossus, something that’s totally new for SWTOR – I’m looking forward to expanding on that more on future planets.

Last question Charles, what are you most excited for with SWTOR in 2019?

Mostly stuff I can’t talk about yet 😉 Ask me again at our Community Cantina at Celebration in Chicago in April!

Thank you for your time Charles! If you haven’t been to Ossus yet, be sure to check it out with Game Update 5.10 ‘Jedi Under Siege’!