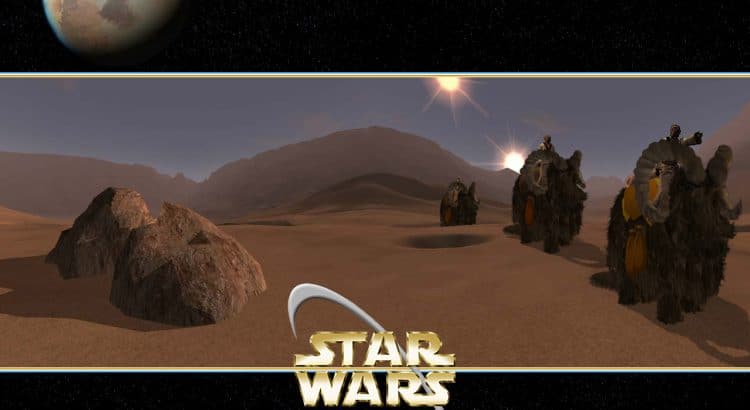 Star Wars: Galaxies was a massively multiplayer online role-playing game (MMORPG) set in the Star Wars universe. It was developed by Sony Online Entertainment (SOE) and was released in 2003. The game was set in the Star Wars universe during the time period of the original trilogy, and allowed players to create their own character and explore the galaxy as a member of various species, professions, and factions.

For many fans of the Star Wars franchise, the prospect of being able to live out their own Star Wars adventure was incredibly exciting. Players could choose to be a Jedi, a smuggler, a bounty hunter, or any number of other professions, and could even take on quests and missions to further their character’s progress and reputation. The game was praised for its immersive world and its attention to detail, as well as its expansive content and player freedom.

However, despite its initial success and popularity, Star Wars: Galaxies ultimately became known as one of the best and worst MMORPGs ever created. The game had a number of highs and lows, and its tumultuous history is a testament to both its strengths and its weaknesses.

One of the biggest draws of Star Wars: Galaxies was its Jedi character progression system. At the time of its release, very few MMORPGs allowed players to become Jedi, and the prospect of becoming a powerful force-wielder was incredibly appealing to many fans. However, the path to becoming a Jedi was a long and difficult one, and required players to grind through countless hours of gameplay to earn the necessary skills and abilities. This grind was often criticized as being too time-consuming and tedious, and many players became frustrated with the slow pace of progress.

Another issue with Star Wars: Galaxies was its combat system. The game’s original combat system was widely considered to be clunky and unbalanced, with many players feeling that certain professions were significantly overpowered compared to others. In 2005, SOE released the “Combat Upgrade,” which aimed to address these issues by overhauling the game’s combat mechanics. While the Combat Upgrade did improve the game’s combat system, it also sparked a great deal of controversy, as many players felt that the changes had negatively impacted the balance and feel of the game.

One of the biggest controversies in the history of Star Wars: Galaxies occurred in 2005, when SOE released the “New Game Enhancements” (NGE). The NGE was a major update that aimed to streamline the game and make it more accessible to new players. However, the update also made significant changes to the game’s character progression and combat systems, and many long-time players felt that the changes were a betrayal of the game’s original vision. The NGE was met with widespread backlash from the game’s community, and many players left the game in protest.

Despite these controversies and issues, Star Wars: Galaxies continued to have a dedicated player base for many years. Many players remained loyal to the game despite its problems, and continued to play and enjoy it for its immersive world and rich content. However, the negative impact of the NGE and the ongoing problems with the game’s balance and mechanics ultimately led to a decline in player numbers, and in 2011, SOE announced that it would be shutting down Star Wars: Galaxies and replacing it with a new game, Star Wars: The Old Republic.

In the end, Star Wars: Galaxies was a game that had a great deal of potential, but was ultimately let down by mismanagement and a series of controversial decisions by SOE. While it had its share of highs and lows, the game remains a beloved and influential part of the MMORPG genre, and will be remembered by many players as one of the best.