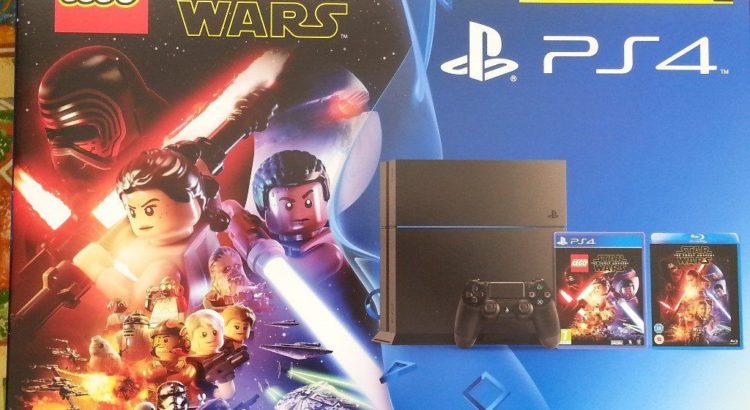 With one of the most significant fan followings around the world, the Star Wars series has surely won millions of hearts. In fact, there is an entire day in commemoration of this series on the 4th of May. This date was chosen for its pun on the moniker ‘May the force be with you’ as ‘May the Fourth be with you.’ It has an entire TV series, films, comics, and video games to offer a glimpse into the world of its characters and the outer space.  Sure, you can play with heart bingo, but Star Wars games have a flavor of their own.

When it comes to video games, The Star Wars series doesn’t fail to impress. There are numerous games and versions available that make it difficult to choose from, and you are left asking for more. Here I have tried to list down sure Star War Games compatible with the PS4 that won’t let you down –

Released in 2017, this game generated mixed reviews. However, it was loved by many. This game was a successor to the EA’s Battlefront I, and it did live up to the hype. The battles are thrilling and present the timeline of all # Star Wars movies through the eyes of the Empire heroine, who is out there to seek revenge.

This game is available on PC as well as Xbox One.

This game is much fun, and you are left enjoying thoroughly. The only drawback here is it gets over too quickly. So if you are a seasoned gamer, this should be a cakewalk for you. Nonetheless, the story is great, and the graphics have you hooked. However, a rougher multiplayer mode would have been the cherry on the cake.

It is one of the earliest licensed games and has taken the liberty to adapt from its source material. This game helps to multiply the action, and it has led to the creation of some fantastic sequels as well.

This game released in 1993 and is compatible not just with PS4, but also with Wii and SNES.

If you enjoy building cool Star Wars toys with Legos and then knocking them over later but don’t feel like cleaning it up, then this is the game for you. Jokes apart, this game is a pleasant journey with Lego Creations by your side. If you have a younger partner to play this game with, then you are in for a treat. It doesn’t you into a galaxy far away, but it is an enjoyable game.

This game has all the ingredients needed to create a fantastic experience for the gamer. However, reviews suggest that the game falls a bit short in its execution and you tend to undermine its excellent design. It will not stop you from enjoying the story as this game has enough substance to leave you asking for more.

If you are a fan who has been following Star Wars since forever, then you cannot give this game a miss. It has entertaining gameplay, well-complimented with the help of fantastic sound and music. You may find it to lack prettiness as compared to its several counterparts. However, once you are on a mission in the game, the value is multiplied.

Created by Zen Studios, this game is practically free. You can choose from a variety of tables available related to the Star Wars series, which you can then purchase and download for gaming purposes. The most significant advantage of this game is that it can be played in the comforts of your home, offering you the classic pinball experience.

If you are a gamer who is all about the visuals, then this game is for you. It is called out to be ‘a pure spectacle is all its glory.’ The first 10 hours leave you hooked as it unfolds a series of cinematic experiences and a gamer’s bounty. However, reviewers suggest that although this game packs a punch, it lacks in quality as the hours roll by.