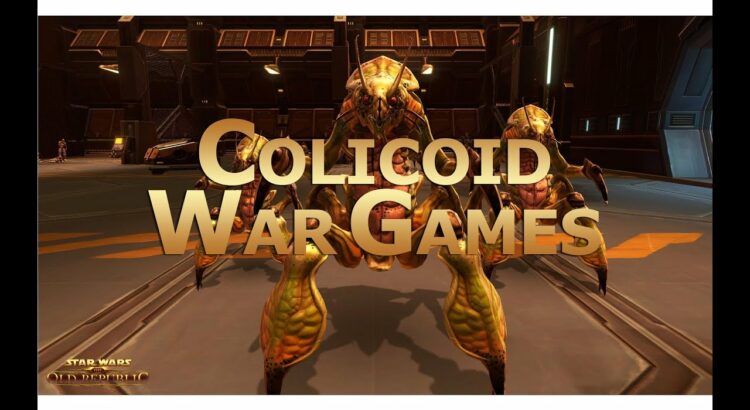 The Colicoid War Game is a popular Flashpoint in the massively multiplayer online role-playing game (MMORPG) Star Wars: The Old Republic (SWTOR). Set in the Star Wars universe, the game allows players to explore various planets, complete quests, and engage in epic battles as they progress through the story.

The Colicoid War Game Flashpoint is an endgame activity that challenges players to navigate through a series of difficult battles and puzzles as they attempt to shut down a deadly war game being run by the Colicoids, a race of insectoid beings.

Players can access the Colicoid War Game Flashpoint through the in-game map, or by joining a group of other players through the game’s matchmaking system. The Flashpoint is designed for a group of four players, and it is recommended that each player is at least level 50, the maximum level in the game.

The Colicoid War Game Flashpoint consists of several different sections, each with its own unique challenges and enemies. Players will need to work together as a team to defeat powerful bosses and complete objectives. Along the way, they will also encounter a variety of puzzles and traps that will test their problem-solving skills.

One of the standout features of the Colicoid War Game Flashpoint is the unique boss encounters. These encounters require players to not only defeat the boss, but also navigate through complex arenas filled with obstacles and traps. Each boss has unique abilities and attack patterns that players will need to learn in order to defeat them.

In addition to the challenging gameplay, the Colicoid War Game Flashpoint also features a compelling story that ties into the overall narrative of SWTOR. Players will encounter familiar characters and learn more about the ongoing conflict between the Galactic Republic and the Sith Empire.