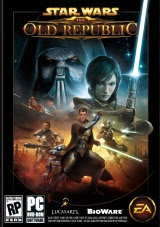 I’ve mentioned before that I have played a lot of MMORPGs. We’re talking years of games- free to play, subscription based, betas and more. I’ve tried every MMORPG I can get my hands on and surprisingly, really enjoyed some of the oddball ones that my friends had never heard of.

Since we’re coming up on SWTOR release soon, I thought it was a good time for a write-up on SWTOR compared to other MMORPGs. A lot of my friends and guidlies keep asking me what I think so here we go.

The sci-fi genre of MMORPGs takes up a very small piece of the pie compared to your typical medieval genre. This fact alone sets SWTOR apart from the sea of other games out there today. So what other aspects set it apart and in what ways is it similar to other MMORPGs?

TOR is not so far different from other MMOs that you’ll not be able to pick it up and learn the mechanics within a few minutes. Your typical controls will be in place, like camera movement, keyboard commands and shortcut keys. This feature makes SWTOR very friendly to your seasoned vet of MMORPGs.

While the physical feel of the game is familiar to gamers, the look of it is not. The maps, the UI and the interaction with NPCs are much different than what many gamers are used to. The conversations your characters have with NPCs will be a completely new experience to some people. Your choices make a difference and can even affect the types of missions you receive so there is more thought that goes into the gameplay.

When you set out on your missions, you’ll want to grab a taxi service to get closer to your destination. This is like any other transport system in other games, except with Star Wars speeders (mounts). Finding your objective is not going to be as easy as running up to an area and killing a bunch of mobs and being done.

Many of the missions you do will give you a general reference on where to find the items but with no exact locations. Players will have to do a little digging to find what they’re after.

Another thing that TOR offers is personal ships. These serve as your personal transport, space killing machine and houses your glow stick or blasters. While your ship offers you many things, customization is not one of them. Unlike other MMOs SWTOR does not offer you personal space that is customizable (like EQ housing). The space combat is also nothing like EVE and is track-based and more of a “mini-game”.

Many of the features in SWTOR will be familiar to most gamers who play MMOs. The voice acting and storyline will only be familiar to those who have played Bioware games such as Mass Effect or Dragon Age before. Right now one of the only things that sets SWTOR apart from other MMOs is it’s deep rooted storyline.

Do you think that SWTOR’s storyline is what revolutionizes the MMORPG industry?