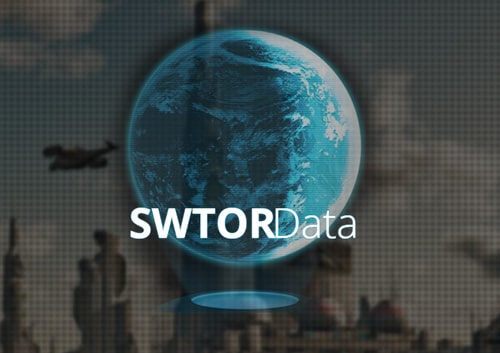 A lot of people have been asking about SWTORData, including swtorconquest, and the owner has made an official statement on the status via Reddit.

The short version: He’s no longer updating it and has no plans to do so in the future.

You can read his full post on Reddit for more details and if you have questions for him, but here’s a snippet:

“I wanted to finally make a post regarding the current status of SWTORData (including conquest, the cartel bot, Maintence posts, etc) since I keep being messaged about it.

The TLDR is… I am no longer maintaining it and at the moment have no plans to go back to it. The sites will stay up for now, but severely reduced. I am sorry it took me this long to actually say this, instead I just disappeared.

I have a number of reasons for this, but the biggest catalyst was my husband wanting a divorce forcing me to revaluate a number of things in my life. I have been running all of these sites in the red (I spent around $200 a month running them, and made maybe 20 a month from various sources) and I just can’t justifying continuing to do that.

However that is far from the only reason. Ultimately running a site that was based on datamined content or content retrieved with a bot put me in an awkward position for my relationship with Bioware, this basically meant that myself and similar sites had to run basically silo’d away. I don’t fault Bioware for this, but your will to continue to work on something gets whittled away when it really can’t be recognized.

I still play the game sometimes, but I am taking this as an opportunity to step back and just be a fan of the game and drop the pressure off always needing to stay ahead of what the game is releasing. I think the game has the potential for a great future, I am still a huge Bioware fan (I am actually replaying the Mass Effect trilogy right now, and getting a Mass Effect tattoo this Saturday).

The websites will continue to run, but I will be shutting down many of the background services that are no longer necessary since no new data is coming into the website. This will allow me to significantly lower the cost of the services to a point that I am comfortable keeping them running. I am also going to be working on open sourcing portions of the project, much of that code needs to be cleaned up before I can do that but I feel like there is some value in open sourcing things like the scanner system I built so others may be able to use them.”

We want to say a big “thank you!” to Jon for all the hard work he’s put in over the years, and we will definitely be following to see what projects he might get into in the future. We wish him the best on his future.

We’ll also keep you updated on the open-source portion of what he has created and anything that might be of interest to our readers.