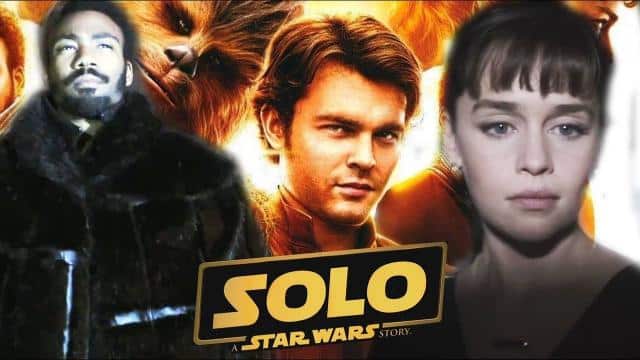 The Black Panther movie broke records right and left as the most popular superhero movie ever. Now Solo: A Star Wars Story is threatening to break some records of its own. It looks like the chances of this stand-alone adventure story being a success are good. This movie covers the story of Han Solo and we meet Chewie and see how he becomes a co-pilot and more. It’s an origins story, hopefully, done right.

Tickets for Solo: A Star Wars Story went on sale Thursday night and the first 24 hours of presales have already doubled Marvel’s megahit Black Panther, according to Fandango. It does not beat Marvel’s Avengers: Infinity War, which remains the fastest-selling film of the year in these early metrics.

This is likely good news for Disney, since the Solo movie has had a bit of a troubled production. They had to deal with replacement directors, extensive reshoots, and some poor public perception. It seems that’s all water under the bridge, however, since the advance ticket sales are doing great so far. The movie releases on May 25th. Are you ready?

Early tracking has Solo estimated at bringing in $160-170 million for its opening weekend. If that holds up, it would make Solo the second-biggest Memorial Day weekend launch ever.

If you haven’t seen it yet, here’s the trailer for Solo:

Black Panther has gone on to rack up 1.2 billion at the box office globally. Who knows what Solo could bring in, but it’s getting a good start with advance ticket sales.